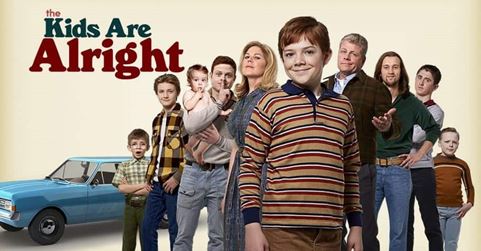 At the 2018 upfront, ABC’s focus was on Freeform, ABC News and ABC prime programming. They want to reach “everyone from teenagers to baby boomers and everybody in between.” As in the past several years, ABC appears to be keeping changes to a minimum, trying to find what’s working and building on that. To that end, this fall they are introducing two dramas The Rookie and A Million Little Things and two comedies The Kids are Alright and Single Parents.

ABC shamelessly featured Roseanne as the highlight of the upfront. And then their first #1 new show in 24 years was gone in the blink of a tweet. The new season, now called The Conners, features everyone from the original cast sans Roseanne Barr. This should be interesting!

Shonda Rhimes and her company Shondaland are now officially with Netflix, but they will still be involved with Grey’s Anatomy, Station 19 and How to Get Away with Murder which will continue to air on ABC. In an interview, Rhimes equated her shows to children and said, “You don’t just leave your children.”

ABC has three new mid-season shows: Grand Hotel, The Fix and Whiskey Cavalier. There are also several shows set to air throughout the year that are not new such as American Idol, The Bachelor, The Bachelorette, Schooled (The Goldberg’s spin-off which aired one episode in January), S.H.I.E.L.D and For the People.

THE KIDS ARE ALRIGHT, Tuesday 8:30-9p, Comedy Timmy Cleary is growing up as one of eight brothers in suburban Los Angeles in the 70’s. With the oldest brother in college and youngest perennially in the playpen, Timmy in the middle must clear his own path. The 1970’s had one foot in the simpler past and one foot in the changing future and the Cleary family will chaotically go through it as a family, together. COMMENTS: It has all the makings of a good, typical, ABC family comedy. The eight boys are all unique characters. The parents, Mary McCormack and Michael Cudlitz, are great in their stereotypical roles — think “go outside and play and don’t come back until dinner.” Like other successful ABC sitcoms, The Wonder Years and The Goldbergs, Timmy narrates us through this not too distant past, guiding us through the eyes of a 12-year-old.

THE ROOKIE, Tuesday 10-11p, Drama Nathan Fillion takes on a new role at ABC, starring as a rookie police officer in LA. Based on a true story, 40-year old John Nolan decides, after being asked what he really wanted to with his life, to become a cop. Amid concerns that however good his intentions are and regardless of how good his work ethic is, he will make mistakes because, well, you can’t teach an old dog new tricks. John’s training officer is a seasoned, ambitious cop and together with her, the other two rookies and their training officers, they will face a lot of action. COMMENTS: The Rookie is a gamble that could go either way. Fillion was a considerable success in Castle. He probably has enough fans to carry this new show, but the show itself was good, not great. I found it to be G-rated compared to today’s crime dramas, but I don’t think that’s a bad prototype. Between Fillion, a good cast and writing that made it seem plausible, The Rookie has a shot. But its future is also resting on what ABC is expecting from it.

SINGLE PARENTS, Wednesday 9:30-10p, Comedy Starring Brad Garrett (Everybody Loves Raymond), Leighton Meester (Gossip Girl) and Taran Killam (SNL), Single Parents is a comedy about just that, being single parents. This group supports each other, so while they struggle to be both mom and dad to their young children, they aren’t just surviving, but trying to enjoy life. COMMENTS: This was generally accept- ed as funny and likeable by our group, but I do question if it will find an audience. The actors possess real talent, children included, but personally, I think it is lacking chemistry which is so important to any show. And for a comedy, there were a lot of serious conversations in the pilot, bordering on sad. The best comedies deliver serious content while making you laugh. Single Parents missedthe target for me.

A MILLION LITTLE THINGS, Wednesday 10-11p, Drama This series is about a group of friends with a very strong bond. As strong as that bond is, after one in the group commits suicide, much is brought into question. They are there for each other, but are they being open and honest? Are they  happy? And why did the man who seemed to be the glue holding the bond together commit suicide? What else is being kept hidden? COMMENTS: We loved this show. My first thought was, who is going to watch a drama about male best friends? But it is so much more than that. There is drama and plots twists and angst, but it’s not a soap opera – no offense to soap operas! A Million Little Things is more than enough to fill the hole from Designated Survivor and may become an actual destination program.

THE GRAND HOTEL The  Riviera Grand opened in 1951  and is the only remaining family hotel on the South Beach Strip; owned by Santiago Mendoza and his children, Alicia and Javi. Alicia has recently returned from Cornell with plans to help run the hotel, following in her mother’s foot- steps. But Santiago, his new wife Gigi and her daughters Carolina and Yoli have other plans. The setting, the hotel, the people are all beautiful eye candy wrapped in deceit, murder, sex and mystery.

WHISKEY CAVALIER What do you get when you cross the CIA, the FBI and a thief who stole technology and became labeled as a traitor? A special squad who will combine their unique skills. Starring Scott Foley (The Unit), Lauren Cohan (The Walking Dead) and Tyler James Williams (also from The Walking Dead), Whiskey Cavalier is action-packed, but also comical.

THE FIX Co-written by Marsha Clark, The Fix is a twist on the O.J. Simpson story. Robin Tunney from The Mentalist is Maya Travis, a famed prosecutor who took ten years off after “failing” to get actor Sevvy Johnson convicted when half the country thought he killed his wife. Now Sevvy’s girlfriend has been killed and Maya is drawn back to LA and back into his case.