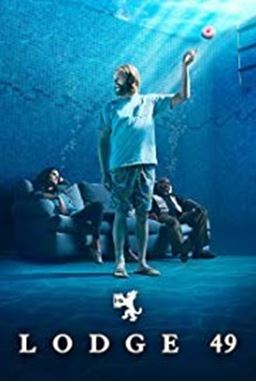 A&E The success of the network is driven by several provocative reality stories including Leah Remini: Scientology and the Aftermath and Live: PD. Building on these programs, the network will debut Many Sides of Jane. It follows the journey of a 28-year-old woman with multiple personality disorder, as she struggles to understand the causes and figures out how she can best co-exist with her many “parts.” This, all while raising two children and working on her Ph.D. Another new series is Lost for Life, following juveniles convicted of murder and sentenced to life in prison, as they fight to plead their case and for a chance at parole. Employable Me chronicles the challenge of job hunting for those with mental disabilities and will aim to help several of these hopeful people gain a new independence in life.

AMC The Walking Dead remains the highest-rated cable program outside of sports. The network just premiered Lodge 49, which is a bit of a departure from the action and thrills of other popular AMC straight-to-series orders, such as Into the Badlands and The Terror. Created by Jim Gavin and executive producer Paul Giamatti, Lodge 49 centers around Dud in Long Beach, an overly optimistic ex-surfer who joins a fraternal order after the mysterious death of his father, to search for meaning and purpose among the other lost souls of the Lodge.

BET The network will debut several compelling new scripted and unscripted series. American Soul is a drama set in 1970’s Hollywood, and follows entrepreneur Don Cornelius, his dancers, crew, musicians and the influential Soul Train TV show. From executive producer Dwayne Johnson, Finding Justice is a docuseries seeking to inspire change in minority communities by uncovering injustices across America and telling powerful stories of heroes, leaders and advocates fighting to bring healing in a time of social unrest. Dream Team is based on the bestselling book that follows the 1992 U.S. Olympic men’s basketball team on an intimate journey throughout their formation and time in Barcelona. The five-episode docuseries is produced by BET and Paramount Television. 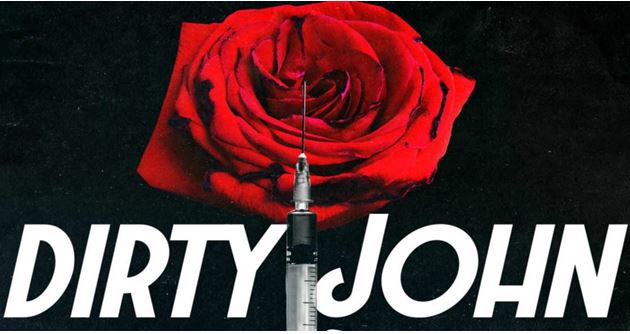 BRAVO Bravo remains the number one cable network among female viewers 18-49 and 25-54. Unscripted series are the sweet spot for Bravo and they will debut up to 11 new such programs, including Mexican Dynasties and Married to Medicine: Los Angeles. The former will follow the lives of wealthy families in the private, high society world of Mexico City. There is a promising scripted drama being developed starring Connie Britton (Nashville), Eric Bana (The Time Traveler’s Wife) and Jean Smart (Legion). Dirty John is based on the articles and true-crime podcast of Christopher Goffard. It centers on John Meehan (Bana), a handsome and charismatic con-man who sweeps Debra Newell (Britton) off her feet and deceives her and her family in an ill-fated romance. Bravo already ordered two seasons of the anthology series.

COMEDY CENTRAL Alternatino with Arturo Castro is a new sketch comedy show, inspired by Castro’s life as a millennial in the United States. Castro previously had parts on Broad City and Netflix’s Narcos. Comedy Central is partnering with the beloved NYC comedy club, Comedy Cellar, to develop This Week at the Comedy Cellar. The half-hour show will highlight the top comics who have performed at the Cellar during a given week, as well as a behind-the-scenes look. It should provide a look at hot-button issues through the eyes of top comedic talent. Comedy Central also ordered five new pilots including animated series Mall Town USA and scripted series Robbie about a church-going basketball coach in rural Georgia.

CNN Taking cues from the current political climate, CNN is debuting new promos for the network centered on “Facts First.” The network is also debuting several new series under the “Original Series” banner in primetime. These include American Dynasties: The Bushes and American Style. The latter is about how our style has changed through the decades along with pop culture, to mirror the political, social and economic climate of the time. It is produced by Vox Entertainment.

DISCOVERY Valley of the Kings is a new docuseries taking viewers behind the scenes of a major archeological dig in Egypt to uncover never-before-seen tombs of ancient pharaohs. Also in development is Undercover Billionaire, a brand new unscripted concept about placing a self-made billionaire in a new city with no previous contacts or investments, and challenging him to build a million-dollar company in 90 days. The star entrepreneur is a closely guarded secret right now, and no one working with him on the show will know his identity until he turns the new business venture over to them.

E! Ashlee and Evan is a docuseries about actress/singer Ashlee Simpson-Ross and her husband, actor and artist Evan Ross. The LadyGang podcast will come to life on E! as they dish on pop culture and host celebrity interviews. Also, be on the lookout for Wonder Women, a competition series that searches for the next great stuntwoman. 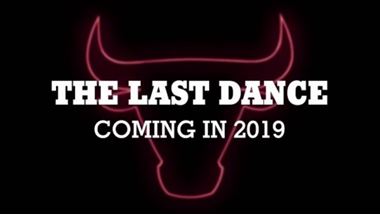 ESPN After the very public news of the landmark sports network firing several personalities this past year, they are re-positioning the company as the home of brand-friendly sports storytelling. In a first-ever series collaboration with Netflix, ESPN will release The Last Dance, a multipart miniseries chronicling Michael Jordan’s final championship run with the Chicago Bulls in 1997-98. It is not determined yet on which platform it will debut. ESPN unveiled their own video subscription app, ESPN+, with thousands of hours of live sports that are not available on national TV along with the entire 30 for 30 series. Basketball: A Love Story, a collection of more than 60 short-form features covering all levels of the sport, will run throughout October. New Sunday Night Baseball co-analyst Alex Rodriguez will executive produce and host Pivot, a four-part exploration of how athletes deal with crisis points in their lives. Episodes will run on both ESPN and ESPN Deportes this summer. Deportes will also carry live Spanish-language coverage of the Super Bowl for the second time, through an arrangement with CBS. ESPN also remains the home of college football, which included the two highest-rated programs on cable last year.

FOOD Big news this past year – Discovery Communications closed its deal to acquire Scripps Networks, and was renamed Discovery Inc. Of course, that includes the addition of Food Network. This larger catalog of brands will encourage more crossover marketing.

FREEFORM Freeform remains one of the top cable networks for young adults and is emphasizing their diversity more than ever, especially behind the camera, where 60 percent of series writers are female or diverse, and every original series on the network has a female producer. Pretty Little Liars: The Perfectionists has been ordered for ten episodes. In Beacon Heights, a seemingly perfect town, a group of three college friends struggle with the stress of being overachievers while the town copes with the aftermath of its first murder. Hit show Siren will also return for season two, further exploring the mysterious appearance of a mermaid in the coastal town of Bristol Cove. The network will expand its 13-night Halloween tradition to 31 Nights of Halloween, where they will celebrate the 25th anniversary of Hocus Pocus. Two original movies will air during the Christmas holiday season, Life Size 2 and Sleeping Together.