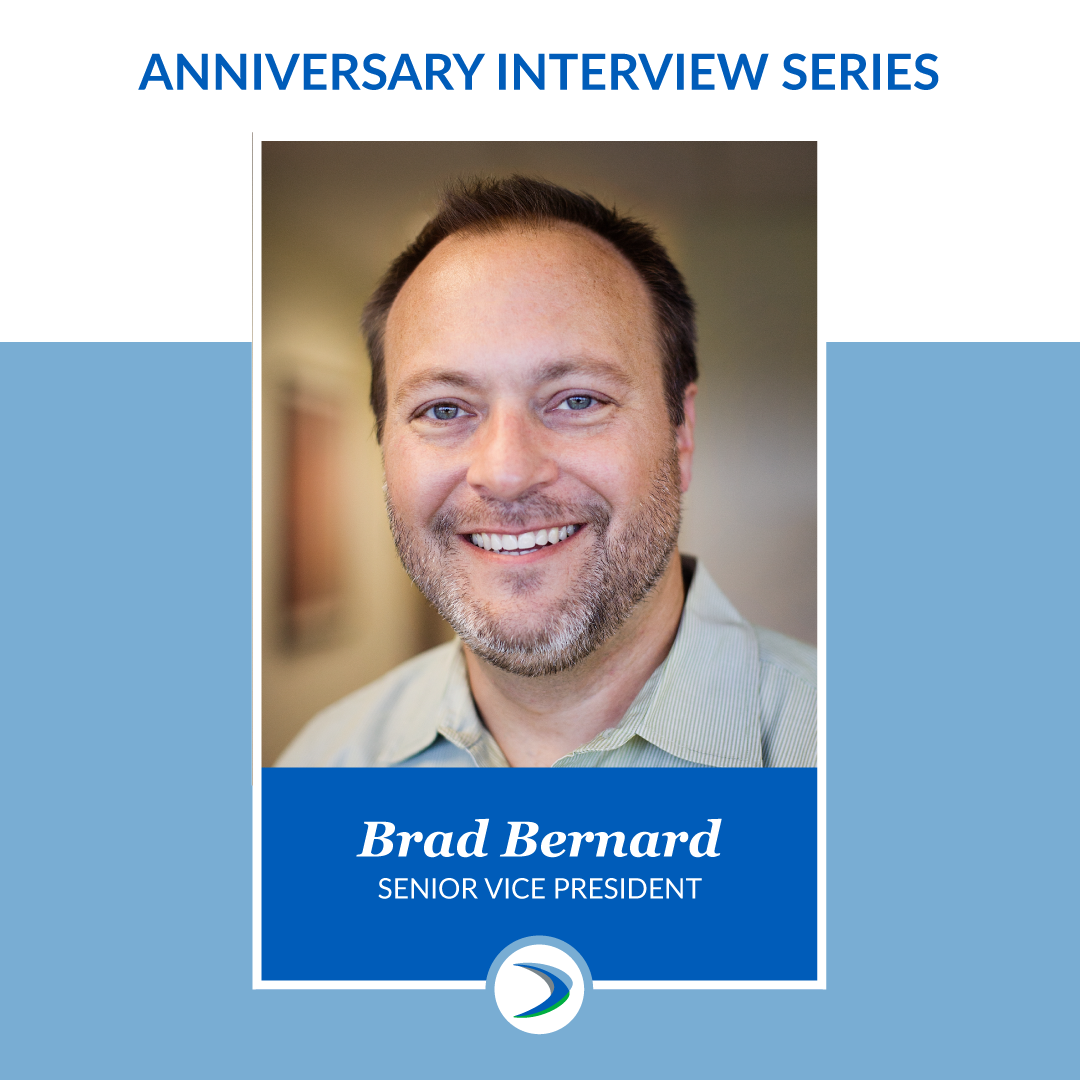 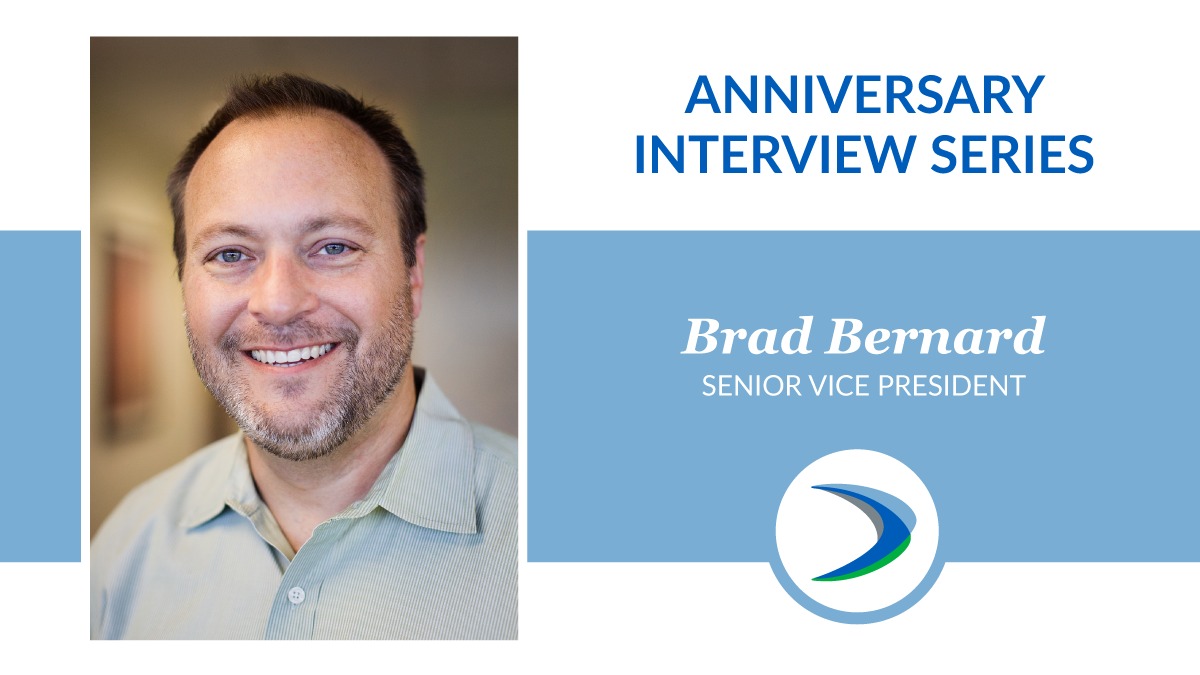 Last month, Senior Vice President Brad Bernard celebrated his 15th anniversary at Harmelin Media. We sat down with Brad to talk about his years at Harmelin and his thoughts on the future of our industry.

What is the most surprising change in the industry you have seen in the past few years?

The biggest change that I have seen is the level of sophistication, skill and talent that has come into the media industry and into Harmelin Media. That especially applies to data analytics. Traditionally, the role of media professionals focused on negotiating the best placement for ads to make sure the targeted audience sees it, and getting a great deal for the client. Now the role of the media professional has evolved due to the proliferation of data. We’ve become trend spotters, business analysts, econometric modelers, database managers, data miners, systems integrators, algorithm creators, software developers, journey mappers, and content optimizers. Media is the canvas, but the data is the paint that brings our art to life.

I would like to think that my greatest success is still yet to come. Even so, I’ve worked with so many great people here, and we have done so many great things together. If I had to pick one thing, I guess that it would have to be what I was hired to do in the first place fifteen years ago – to launch and build the Harmelin Media digital practice. Not only has our digital practice grown to represent half of our agency’s media investments, so many of the bright and talented people that I hired early on have continued on this exciting ride with me and have grown into leaders of the agency. In fact, seven of my fellow digital pioneers at Harmelin have either already celebrated their 10-year anniversary with the agency or will sometime later this year. It has been an honor to work with them and learn from them during our journey.

Truthfully, predicting five years from now is probably easier than a one-year prediction. The media industry is in a huge state of flux right now. Tech platforms, agencies, legislators, and consumers are in a four-way tug-of-war on privacy and tracking. In the end, I believe (I hope) that consumers will win and the tech platforms and agencies will find better ways to self-govern on the side of protecting consumer privacy before legislators step in. If we don’t, the government will eventually force all players to adhere to stricter data privacy guidelines. Either way, it’s a good thing. As marketers, we have to hold sacred the trust of the consumer. If we violate it, it doesn’t matter how well we target and track our ads, those ads will be rendered DOA and ignored, blocked or worse yet… distained. This will likely have two major impacts on the advertising industry: 1) a renewed emphasis on context as a proxy for consumer targeting and 2) increased reliance on advanced modeling to measure effectiveness.

Eventually, I believe data and privacy will become a currency of exchange between the consumer and marketers. In some ways it already has. Marketers and advertisers are already leaning in and aggressively developing meaningful relationships with prospects and finding the means to ethically harvest first-party data. This will continue to accelerate, and brands will find creative ways to start and maintain these relationships through loyalty programs and other methods.

Where is your favorite place to be?

Anywhere I can hear the sound of water…the beach, on a sailboat, creek side or near a waterfall. There’s something calming about the sound of water. It clears my head and grounds me back into the present. It reminds me how beautiful and magical our planet is. It inspires, recharges me, and puts everything back into perspective. One of my bucket list items is to sail down to the Caribbean and back.

My mother is my biggest inspiration. My mom married young and started a family early in life. As a result, she put her life on pause while raising two rambunctious boys. I was the youngest and after I turned 4 my mom decided to go back to school. She enrolled in the local community college to get her nursing degree. When she was unable to find childcare for me, she brought me to class. I remember listening to lectures, sitting on a lab table as she dissected a cat, and even learning how to operate a centrifuge. When she graduated with her RN degree she worked as and nurse at Crozer Chester Medical Center. The hours were unforgiving, and my dad would bring my brother and me to the hospital cafeteria so we could have dinner as a family. During her nursing career she would gain experience in assisting physicians with medical research and eventually left nursing to pursue a career at Wyeth Pharmaceuticals. Before her retirement from Wyeth, she rose through the ranks. Eventually, she created and ran a team of 80 people that managed global support services for phase 2 and phase 3 clinical research trials. Watching her taught me three important life lessons.

Optimism. Without optimism, work is so much harder. Optimism carries me through the hard times, drives me to always find new ways to solve problems, it inspires brainstorming and collaboration, and it fuels trust between colleagues and clients.

Executive VP and Chief Revenue Officer Scott Davis says about Brad: “Brad’s arrival at Harmelin 15 years ago immediately changed us for the better. He came to us with big-picture thinking that helped propel us dramatically forward, and he has personally led the development of so many of the tools and services that improve business results for our clients every day. In his current role as SVP of Innovation and Marketing, Brad continues to wade into untested waters, with a strong vision for the future of media and an intense desire to keep every client he works with on the leading edge of marketing. He is truly invaluable.”

Jen Harlacher, Executive VP Media Services, shares, “Brad is a valued member of our executive team at Harmelin Media. He consistently pushes us to consider new and innovative ideas and approaches both internally as well as with our clients. He brings passion and creativity to our agency every day.”

Thank you, Brad, for 15 years of dedication to our clients and for the tremendous impact you have had at Harmelin. Congratulations!