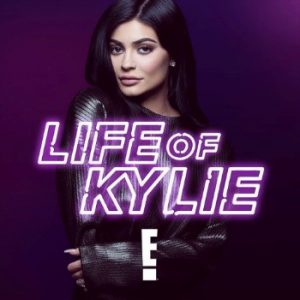 A&E  Women Who Kill  is a documentary that investigates the reason why women are more likely to kill members of their own family than men are.  Women murderers will be interviewed to explain the reasons why they did what they did.  A&E will be premiering  Biggie: The Life of Notorious B.I.G.  This is being billed as the first biography of the late rapper authorized by the estate of Biggie Smalls.  The network will be releasing a documentary, Who Killed Tupac, which focuses on the investigation of the death of another high-profile rapper.

AMC  The hit show, The Son, returns for its sophomore year.  The 10-episode season, starring Pierce Brosnan and based in Texas oil country,  is scheduled to premiere in mid-2018.  The first season averaged 2.3 million viewers and was the #1 original cable program on Saturday nights.  Also returning will be Breaking Bad prequel, Better Call Saul.  The Bob Odenkirk-led show is coming off of a highly successful season where it finished as the third-highest-rated drama on cable among adults 25-54.  Finally, new tech show Loaded  figures to catch the eyes of many, as the eight-episode series follows four tech entrepreneurs who look to sell their gaming company.

BET  Being Mary Jane is back for another season.  After tension between star Gabrielle Union and the network, both sides settled their differences to put on a 10-episode second half of its fourth season.  Returning again will be the #1 program in cable television among African American viewers, the BET Awards, as well as the BET Hip Hop Awards, Black Girls Rock, and the Soul Train Awards.  Divorce Saved my Marriage is a 10-episode 30-minute comedy produced by Kevin Hart.  It’s about a couple who disagrees on everything in life expect for the fact they should be divorced.

CNN  Coming to CNN over the next year will be five new original series. Detroit 1963: Once in a Great City, is produced by Anthony Bourdain and is a four-part series about the city of Detroit during the height of the auto industry. American Heiress: The Patty Hearst Story, produced by Jeffrey Toobin, is a six-part series that will follow the transformation of Patricia Hearst from heiress to terrorist.  1968: The Year That Changed America, produced by Tom Hanks, is a four-part series that looks at the year 1968, which included a seismic shift in American politics, social movements, global relations and cultural icons who forever changed the modern day landscape. Kennedys: An American Dynasty is a six-part series that takes viewers to the heart of America’s ‘First Family,’ revealing how personal relationships within the dynasty helped shaped national and global events from the Cold War to the Wall Street crash.  Pope is a six-part series that goes inside the Vatican to reveal the true power held by popes and will explore how 12 apostles became 1.2 billion Catholics today.

DISCOVERY  In July, Shark Week returned for its 29th season.  Premiering in 220 countries around the world, Olympian Michael Phelps starred as people found out whether he could beat a Shark in a race.  Titled Phelps vs. Shark: Great Gold vs Great White aired on Sunday, July 23. (Spoiler alert:  the shark won.)  Discovery’s second scripted series, Manhunt: Unabomber, debuted in August.  The series depicts the true story of the FBI’s famed hunt for the Unabomber.

E!  The network is expanding its WAGS franchise as WAGS Atlanta will launch this fall.  It joins returning WAGS LA and WAGS Miami.  The franchise follows the “wives and girlfriends” of superstar athletes and what goes on in their lives of luxury, drama and escapades.  Additionally, the latest Kardashian spinoff, Life of Kylie, follows Kylie Jenner as she navigates her life as an entrepreneur, fashion designer and social media star.

ESPN   The  sports world  is  changing  and  ESPN is not resistant to change.  Gone from the network are long-time stars Jayson Stark, Ed Werder, Trent Dilfer, Roger Cossack and over one hundred others.  Instead, ESPN is narrowing its focus on familiar personalities Steve Levy, Kenny Mayne, John Anderson, John Buccigross, Sage Steele, and  Hannah Storm, who have all  signed  new  multi-year  contract  extensions. Levy,  Mayne,  Anderson  and  Buccigross  will  host SportsCenter at 11PM. Steele will anchor SportsCenter: AM on Monday through Thursday from 7-10AM.   Friday to Sunday shows feature Kevin Negandhi, Jay Harris, Randy Scott, Elle Duncan and Matt Barrie along with Steele.  Scott Van Pelt will continue to host the midnight SportsCenter. The long-rumored morning show anchored by Mike Greenberg will get up and running.

FREEFORM  To continue with the superhero craze, Freeform has greenlit Marvel’s New Warriors.  This live-action comedy is about six young individuals with special powers living and working together and trying to make a difference in the world. It’s slated to begin in 2018.  Another series, Siren, is a mermaid drama.  Sticks is the network’s first-ever animated series.  It follows the life of an anxious twentysomething with a head filled with pop culture references who lives with a giant eagle.

FOOD  Food brings comedian Jeff Dunham and his wife, Audrey, a new culinary show entitled Incredible Edible America.  This six-episode series will follow the couple as they venture across the country and examine interesting dishes and the chefs.  Texas Cake House had additional episodes ordered as the owners of Sideserf Cake Studio captivated audiences as it left viewers mesmerized at the couple’s life and up-close look at their exquisitely detailed cake art, which seem to come to life.

FX  Drug epidemic drama Snowfall premiered this summer.  This show is set in the 1980s  and focuses on violence, drugs and crime.  Continuing with American Crime Story success comes this year’s version of the show, Katrina.  The limited series has a star-studded cast including Matthew Broderick and Dennis Quaid (portraying President George W. Bush) and will look at the catastrophic hurricane which swept the Gulf Coast in 2005.

HALLMARK In an effort to create a better viewing experience, Hallmark will cut the length of their commercial  pods in 2018.  Hallmark’s  hope  is  that  fewer commercials will equate to more viewers. Last season, Turner Communications (TruTV and TNT) adopted this policy and the networks saw a lift in ratings for programs with shorter commercial pods.  On the summer show front, Chesapeake Shores has been renewed for season two. Chesapeake Shores follows Abby O’Brien (Meghan Ory), a divorced mother of two girls, as she returns to her hometown and to her first love Trace Riley (Jesse Metcalf).

HGTV Tiny Paradise is a new summer series which premiered in July.  It features couples who build small houses, no more than 400 square feet, on scenic locations, including a glass house on a Mexico beach and a Colorado mountain retreat. Restored by the Fords follows siblings Leanne and Steve Ford who renovate outdated Pittsburgh homes that have character. The sibling duo turn these old homes into hip and trendy gems. Leanne is the designer of the operation and Steve is the quirky carpenter who brings Leanne’s over-the-top ideas to life. The eight half-hour episodes are scheduled to premiere in January 2018.  Flip or Flop Atlanta premiered in July. Hosted by real estate agents Ken and Anita Corsini, it’s a spin-off of the HGTV series Flip or Flop. The real estate couple flips homes in the Atlanta metro area in order to revitalize the southern neighborhoods.

HISTORY  Knightfall has been given a tentative premiere date of Friday, October 13th.  The 10-episode series will focus on the Knights Templar, entrusted to protect the Holy Grail. It will tell the epic story of the secret society and their rise and fall in the 13th century.  Tom Cullen, Simon Merrells, Olivia Ross,  Padriac Delaney,  and  Sabrina Bartlett will star.

LIFETIME  Growing Up Supermodel follows seven celebrity kids aspiring to be supermodels and takes us behind the scenes to watch the drama. Viewers will watch Cambrie and Faith Schroder, Atiana De La Hoya (daughter of actress/model Shanna Moakler and boxer Oscar De La Hoya), Arissa Le Brock (daughter of supermodel/actress Kelly Le Brock and actor Steven Seagal), Cairo Peele (daughter of supermodel Beverly Peele), Jake Moritt (son of actress Krista Allen) and Janis Ostojic (son of model JD Ostojic). Model Moms is set to premiere later this year and will feature Yolanda Hadid (Real Housewives of Beverly Hills) as she coaches teen models on and off the runway. The teens will endure an eight-week course meant to teach the girls about the grueling demands of the industry.

Stay tuned tomorrow for the rest of our Cable TV Preview.