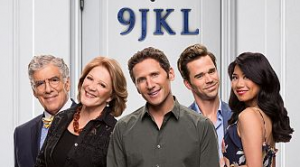 CBS did it again! They ended the year as America’s most watched network (14 times in last 15 years) in total viewers.  Big Bang Theory was the top comedy of the year, which tied with Fox’s Empire for top scripted program in Live+SD ratings.  The network has 8 of the top 10 broadcast dramas, including newcomer Bull and all three NCIS programs.   While the network touted its success in linear ratings at the upfronts, they also discussed their multi-platform offerings including their streaming service, CBS All-Access.  The network announced a new data-driven advertising tool which can create custom audience segments, large scale, and one-to-one addressability across all O&O digital channels.  Network execs were pleased with their ability to bring great content to their audience regardless of how and where it is viewed.    Several programs not returning include 2 Broke Girls, Criminal Minds: Beyond Borders and The Great Indoors.   CBS will introduce eight new programs (six in the fall and two for later in the season) and return 23 series to the schedule.

9JKL, Monday, 8:30-9PM, Comedy   Mark Feuerstein (Royal Pains) executive produces and stars in this comedy based on his own experiences.  After his acting gig ends and his marriage isover, Josh must return to his hometown and live an apartment between his parents’ (played by Elliott Gould and Linda Lavin) and his brother’s apartments. COMMENTS:   This comedy gets the benefit of Big Bang’s audience until the end of October when Kevin Can Wait returns to Mondays at 8PM.  Although it has a talented cast, the program was mediocre and might struggle to find a fan base large enough to maintain a residence on CBS.

ME, MYSELF AND I, Monday, 9:30-10PM Comedy   This show follows the life of Alex Riley through three very different stages in his life  – teen years, midlife, and newly retired.  Jack Dylan Grazer, Bobby Moynihan (Saturday Night Live) and John Larroquette (The Librarians, Night Court) share the role of Alex Riley.  COMMENTS: Young Alex is bit of an awkward teen and viewers see how a decision made at the age of 14 can have a ripple effect throughout life.  Harmelin reviewers agree that this is the best comedy among this year’s broadcast crop and should get an early full season pickup by the network.

YOUNG SHELDON Thursday, 8:30-9PM, Comedy   Yes, it is that Sheldon! Find out what life was like before Sheldon Cooper met his Big Bang Gang.    COMMENTS: Iain Armitage (Big Little Lies) does a great job of portraying the young genius.  Fans of Big Bang Theory might have trouble with the inconsistencies they know about Sheldon now versus what is shown in his youth.  Even the biggest fans can agree how well cast Iain Armitage is in the role of Sheldon.   Young Sheldon should do well sandwiched between Big Bang Theory and Mom.

S.W.A.T., Thursday, 10-11PM, Drama   S.W.A.T. is a specialized tactical unit dedicating to protecting the citizens of Los Angeles.   Shemar Moore (Criminal Minds, Young and the Restless) plays Daniel “Hondo” Harrelson.  Hondo was born and raised in the streets he now protects.  He knows the community does not think highly of law enforcement and must find a way to help both sides coexist and keep the peace.    COMMENTS:    The network is hoping Shemar Moore will do for S.W.A.T. what Michael Weatherly did for Bull.   S.W.A.T. fits in with other CBS programs and should do well.

SEAL TEAM,  Wednesday, 9-10PM, Drama  David Boreanz (Bones, Angel) is a member of the Navy’s most elite group.  COMMENTS:    Several networks are adding a military drama to the lineup this year.  Having similar programs to watch could backfire for all of them.  Viewers may grow tired of the genre, however, if any network can make it work, it is CBS.

WISDOM OF THE CROWD,  Sunday, 8-9PM Drama  Jeremy Piven (Entourage) returns to television as Jeffrey Tanner, a very wealthy tech innovator who has developed a crowdsourcing crime app to help solve his daughter’s murder.  He offers a very hefty $100 million reward for information leading to the identification or apprehension of his daughter’s killer.   COMMENTS:   Although Tanner’s focus for the app is to find his daughter’s killer, he quickly discovers the power of the app for solving a multitude of crimes.  This program reminds me of Fox’s APB which was not renewed for a second season.  However, Wisdom seems like a better fit for CBS than APB was for Fox and will have football and 60-Minutes as its lead-ins.

BY THE BOOK    A dad-to-be decides to live his life according to the Bible.