The Emergence of Six-Second Ads 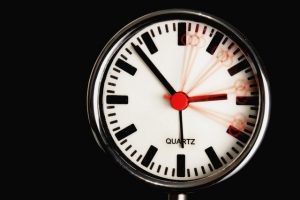 The Emergence of Six-Second Ads

On August 13 during the Teen Choice Awards, FOX debuted six-second television commercials.  FOX reasoned that shorter ads could prevent channel surfing and ad skipping. Early reports show marketers paid up to $75,000 for six seconds of airtime during the debut.  FOX has also announced that the six-second television commercials will return during their National Football League games which began in September. Additionally, the shorter ads will be featured during Major League Baseball, college football and Major League Soccer games.

Although this is television’s first foray into six-second commercials, the concept of much shorter ads isn’t entirely foreign in other media. As the number of people using mobile and digital media continue to increase (especially with younger audiences), shorter ad lengths have become more common. YouTube promoted shorter video ads at Sundance Film Festival earlier this year. Since then, YouTube has been selling six-second ads on its website. Similarly, Facebook announced it will begin creating six-second video ads after finding its users watch autoplay video ads for close to 5.7 seconds.

Shorter ads resonate best with the younger audiences. According to a recent comScore study, online ads which target millennials only need to be five or six seconds to have an impact. In his Forbes article “The YouTube Generation and 6-Second Commercials,” media consultant Brad Adgate explains that young viewers “demand shorter ad lengths.”  While younger demographics respond well to these shorter ad lengths, there are questions surrounding the economical effectiveness for marketers. Jeanine Poggi stated in a recent Ad Age article, “[i]n order to maintain ad revenue while decreasing ad loads, networks have to raise prices on the inventory. Marketers are far from convinced that they should pay more to be in a program with less commercial clutter.”  Higher rates for less air time is not ideal for marketers, but the future of television ad buying may point in this direction.

Marketers should keep in mind that six-second ads are not for every brand. One of the key factors in the decision to use shorter ads is the message advertisers want to send their audience. In short, those marketers with a new product or complicated message should most likely veer away from the six-second ads. However, marketers with an established product or brand could benefit by using the shorter length to reinforce their product, provided the creative is done well.

While the future of shorter lengths remains uncertain, it is evident that some advertisers seem willing to entertain the idea and initially purchase these shorter lengths to deliver their message.