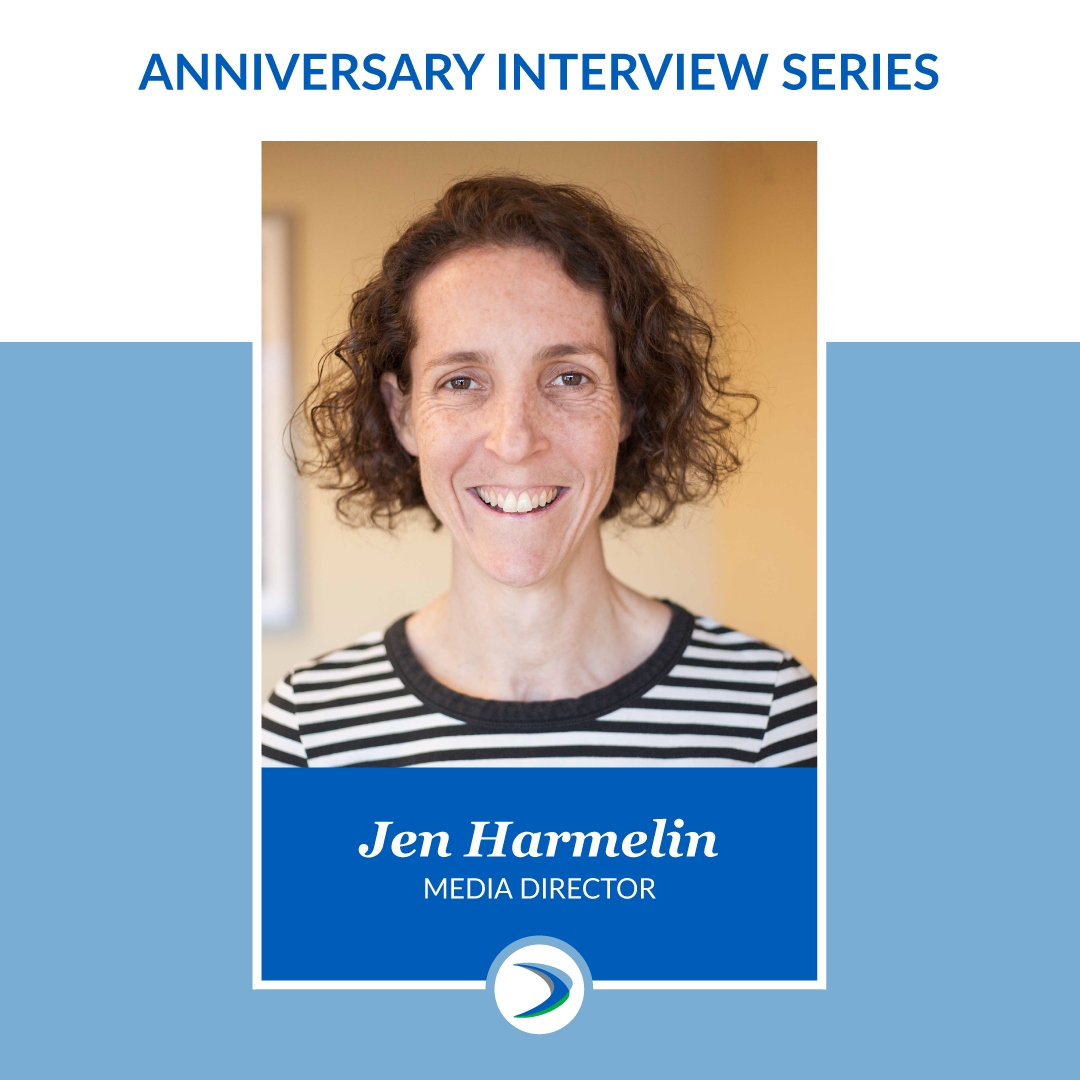 Jen’s journey with Harmelin started as an intern and she has since worked in several departments including accounting and broadcast. In addition to Jen’s current work as an account manager and strategic planner, she has been involved in the long-term planning committee, as well as the audio task force and Strata committee. To celebrate her 20 years at Harmelin, we sat down with Jen to get to know her better and talk about her thoughts on the changing nature of our industry. 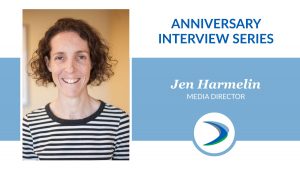 When I started at Harmelin (as an intern) there were four channels for advertising – TV, radio, print and outdoor. Business success couldn’t be directly attributed to an advertising campaign. The internet was in its infancy and digital advertising didn’t really exist. Audience targeting was broad and messaging was one-way – advertisements addressed consumers, but consumers couldn’t reply. As technology evolved and the internet’s influence expanded, digital advertising opened a whole new way of reaching consumers. More recently, mobile and social media advertising exploded, and consumers could seamlessly exchange information. There became an ever-increasing number of channels for consuming content, and brands had to meet consumers wherever they were. Messaging became personalized through data collection and advertising truly became interactive. And now through media mix modeling and technology, advertising can be measured against clients’ business goals to prove ROI.

The key to success in our industry is winning and keeping clients while also nurturing relationships with vendors. Over the past 20 years I have worked hard to do just that and consider that my greatest success.

Over the next year, 5 and 10 years I see advertiser data and media data seamlessly integrating through automation (AI). Data will be even more robust with the industry finding balance between personalization and privacy. Artificial intelligence will be used for everything. Opportunities to target one-to-one will be limitless and in real time. Advertising decisions will be driven by data. Advertising will focus on what customers need and will be quick and attention-grabbing more than ever before.

Fun Tidbit about you/Something no one could guess about you?

I have been to all seven continents and love traveling. Besides the US, I’ve lived in Japan, Israel, and England.

My favorite TV show is the Marvelous Mrs. Maisel because we have a lot in common: single, fierce, and independent. I also love the era, the characters, the fashion, and the humor.

My mother has inspired me because of her ability to run a successful company with humility, equality, kindness, and empathy, which are not the norm in our industry.

Vice President Mark Hogan has been Jen’s supervisor for five years. “I’ve worked with Jen in various forms over the last 20 years and she is one who appreciates the details. From her ability to handle both large and small accounts, planning and buying, Jen’s work on all clients gets the same level of detail and attention to make sure that nothing goes unnoticed, and all data impacts the campaign. Her focus on customer service wins the trust of her clients. I am grateful to have Jen as part of my team!”

Vice President Irene Neveil says, “Jen sets the standard for hard work, remaining infinitely curious about all things media and the world around her. Not only is she brilliant, but she is one of the kindest, most giving persons I know. It has been an extreme pleasure to work with her for all of these years. Congratulations Jen, on this great milestone!”

Cheryl Klear, Senior VP of Harmelin’s Local Broadcast Buying team, shares: “I have worked with Jen for most of her time at Harmelin. Jen is always very inquisitive and always wants to understand in depth what she is working on. We often collaborate to solve non-standard issues and to make determinations that are most logical. I always enjoy our interactions. They are very thought-provoking!”

Congratulations on 20 years, Jen! Thank you for your dedication to Harmelin and our clients.