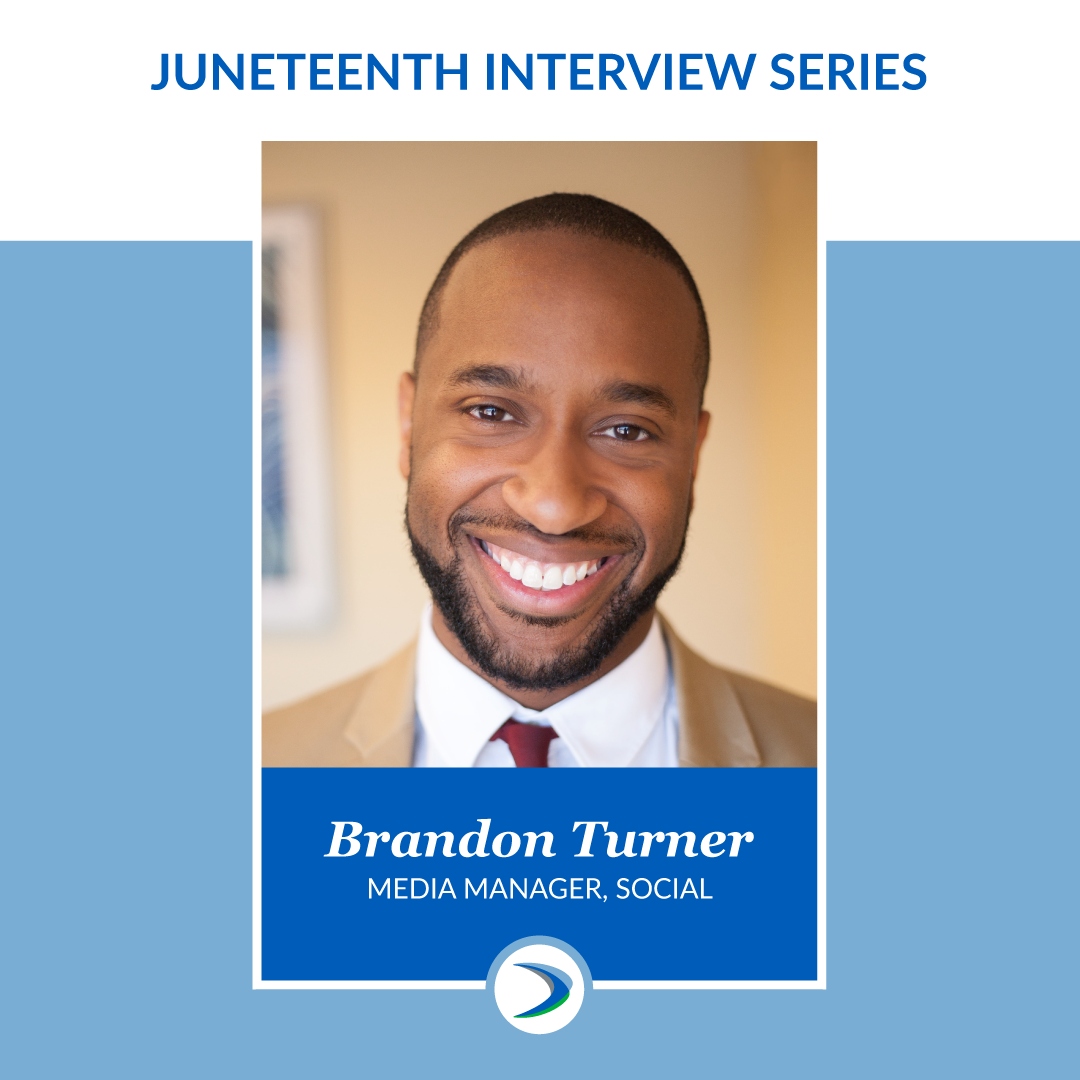 On June 19th, 1865, General Order Number 3 was read to all individuals residing in Galveston, Texas, proclaiming that all slaves in America, including in the state of Texas, were henceforth free. June 19th, or Juneteenth, marks a very specific date where major progress in our country was not only made, but more importantly enforced. The battle for racial equality has and will continue, but since the inception of Juneteenth there have been other major strides and successes among African American individuals or diverse groups.

The following is a quote from Harmelin Media’s president, Mary Meder:

“Last year, amid a summer of unrest and a social justice revolution, we recognized Juneteenth for the first time as a company. This year, we are proud to expand that effort and shine a brighter light on the significance of this date for Black Americans. Over the past several years, the company has made progress in growing staff diversity, introduced DEI training and talked more frankly about issues concerning race and equality. But we acknowledge how much more there is to do to fulfill our company commitment to equity and inclusion. We salute the Black leaders within Harmelin and thank them for sharing a bit of themselves for this series of interviews, and we appreciate the work that members of the Cares and SHADE committees are doing, working together, to highlight Juneteenth.”

To celebrate Juneteenth and diversity in the company we recently interviewed African American leaders at Harmelin. Today we would like to recognize Brandon Turner! 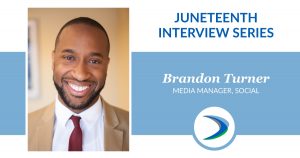 What does Juneteenth mean to you?

Juneteenth is the commemoration of the end of slavery in the United States in 1865, when Texas was the last state to free enslaved African Americans. Although President Abraham Lincoln signed the Emancipation Proclamation in 1863, which declared that “all persons held as slaves are and henceforward shall be free,” enslaved African Americans did not receive word of the emancipation until TWO years later. Juneteenth is a time to celebrate those slaves being freed, but also a time to recognize the foreshadowing of the seemingly never-ending inequality that black and brown people are still experiencing in America. One only has to look at the killings of the many black people at the hands of police officers, such as George Floyd and Breonna Taylor. Juneteenth is a time for reflection on how we can shift to a more equal and just America.

In your opinion, what is the most important reason for celebrating Juneteenth?

To be completely honest, people are extremely uncomfortable with talking about race in America. That has to change. We have to embrace that there is still racism in this country and we need to have tough conversations about it in order to improve our country’s state. That is what Juneteenth represents and why it should be celebrated. At first I was on the fence about whether I wanted to celebrate a time where African Americans found out two years after the Emancipation Proclamation that they were free, because they never should have been enslaved in the first place. However, this is the harsh reality that our country has to face, and Juneteenth is that time to fully embrace that history instead of shying away from it. Let’s learn and grow together.

How would you like to see society celebrate/observe Juneteenth?

People of all races should celebrate/observe Juneteenth by seeking out information on the Black experience and all of the struggles that have come along with being Black in America. This could be by reading a book (shoutout to Harmelin for paying for books last Juneteenth from Black owned bookstores so that people at the company could become more educated on racism and the black experience). It could also be listening to podcasts or watching documentaries on a streaming service (I would highly recommend 13th on Netflix!). Finally, if you want to do more, Juneteenth should be a day of service. Find ways to uplift the black community by volunteering.

Do you think it should be a national holiday? If so let us know why.

It definitely should be a national holiday because Black people shouldn’t be the only ones celebrating and reflecting on America’s past. We should all be in this fight against racism and injustice. The only way to really be in this fight together is to educate one another and fully understand the Black experience. This holiday is the perfect opportunity to do so.

I feel that I have achieved a lot of success at Harmelin. However, my greatest success is becoming a manager and investing my time and energy to my direct reports to see them grow and become media experts. It’s all about sharing knowledge to those who will eventually become leaders in their own right. I have been extremely blessed to have amazing direct reports who work hard, embrace knowledge, and become innovators.

My parents are the ones who have inspired me the most. The way that they persevered through racism at the height of the Civil Rights Movement (especially my mother who grew in the South and was one of the first black children to be integrated in an all-white school), worked tirelessly to support my sister and me, and showed unconditional love through life’s ups and downs, makes them my true inspiration.

Working with people from different backgrounds or cultures can present unique opportunities for collaboration and creativity.  Please describe a time where a project or decision you made was enhanced by including diverse perspectives.

There was a time when I had to make a hard decision on whether or not to tell a client that their advertising campaign was racially offensive. I asked multiple people from different racial backgrounds for their input and eventually came to the decision that something had to be said to the client. I used the input from those I asked to make recommendations to the client on how they could improve their creative to make it less offensive and the client was extremely happy that I did so. They changed the creative, days before launch, and the campaign was successful.

In your opinion, how would you like to see your environment grow with diversity in the future?

I would love to see a future where everyone can be exactly who they are with no penalty whatsoever. The world can only be enhanced with everyone’s unique perspective on life. When we all work together, amazing things are bound to happen.

What is your approach to understanding the perspectives of colleagues from different backgrounds?

Listen with open ears. It’s really that simple. We are so used to talking and trying to get our points across, but when you actually listen you can learn so much.

Positive change is necessary in our society, and we should continue to strive for it. Whether it is within a media marketing company, in our homes, our community, or our city, we must ensure that the fight for equal rights continues. While doing so, it is also important to take time and recognize those that have made such amazing changes and have been so positive in our environment. At Harmelin, we hope to accomplish this for every race and ethnicity, focusing these days on African Americans as Juneteenth approaches.