How Might the FCC’s Reclassification of ISPs Affect Advertising? 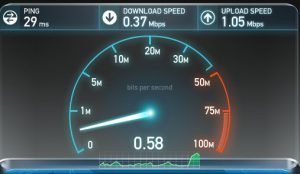 How Might the FCC’s Reclassification of ISPs Affect Advertising?

The FCC just voted to reclassify internet providers (ISPs) as Title I information services, and the internet as we know it is likely to change. Since 2015, ISPs had beenclassified as Title II “common carriers,” or utilities. Title II classification means stricter federal regulation in order to, in theory, better protect consumers’ access to the internet. Many ISPs have been using the lead-up to the FCC vote to champion the cause for an open and free internet, but the effect of the end of net neutrality is a matter of debate. Title II required ISPs to be “just and reasonable” in their rates and practices. Put another way, it prohibited ISPs from blocking or throttling (i.e. intentionally slowing) lawful internet content or from offering paid prioritization of website traffic. Proponents of the change to Title I argue that ISPs are voluntarily compliant with the spirit of net neutrality. Ending net neutrality regulations will, they argue, incentivize overdue investment in infrastructure and spur competition within the industry.

Whether the FCC’s vote results in a wave of investment or a move to increase ISPs’ margins by monetizing website traffic priority, digital advertising strategy will be impacted. For the sake of discussion, let’s assume the desire to increase margins is more powerful.

The Big Get Bigger

Considering that most Americans live in areas with at best an ISP duopoly, choice of providers is limited. With more control being given to those providers, ISPs have more ability to pick and choose which traffic to prioritize and which traffic to try to monetize. ISPs have a clear financial stake in the decision to prioritize traffic to a site it owns or has a stake in, like Hulu, over that of a third-party property. If a third party, such as Netflix, had to pay to receive the same priority as properties within the ISP “family,” it would be naïve to assume that the additional cost would not be passed along to the consumer. This results in ISP-owned offerings being more economical because of built-in advantages even before cable, Internet and phone bundling is considered. For a content provider with scale, this might be an inconvenience. For a new entrant, it could break their business model before they can ever scale.

Over time, this could lead to more and more traffic being funneled to the largest sites on the Internet. While this would in theory lead to richer targeting data and create more challengers to Google and Facebook’s ad data empire, it would also likely mark the end of a sustainable “long tail” strategy (i.e. using audience data to purchase specific impressions across hundreds or thousands of small websites). The changes to data prioritization could either starve smaller publishers of traffic and/or eliminate the surplus value of inventory by increasing the cost of traffic to those smaller publishers.

With inventory concentrated with select players, CPMs would most likely rise as advertisers traded long-tail audience targeting for private marketplace or direct buys with large publishers. With so much inventory concentrated with fewer publishers, upfront buying might also become more important. Larger advertisers would certainly have incentive to buy out large swaths of desirable audience segments in advance Smaller advertisers would be left to operate with less precision, less reach and/or less frequency.

Online ads already slow site load. If sites are required to pay more for the bandwidth they consume or if a site is already slow to load regardless of prioritization, taking a closer look at the ad load might help mitigate costs or improve performance. There is room to improve display advertising, but any decision that further restricts inventory is likely to drive CPMs higher and/or any restrictions on tracking code or other ad code is likely to make advertisers more reliant on publisher data to prove out ROI or effectiveness. While the latter is already an issue with publishers like Facebook, expanding obstacles that restrict tracking across platforms or publishers is regressive.

Regardless of your feelings on net neutrality itself, advertisers should revisit their digital strategy considering the FCC’s decision. Brands should have a firm understanding of how reliant their digital campaigns are on long-tail tactics and audience modeling. Identify which ad units, domains or audience segments are key to campaign success and discuss how they might be impacted by these changes. Lastly, take time to revisit campaign measurement plans to ensure all parties are aligned on what can and cannot be tracked as the industry evolves.  While changes in regulation often result in a reality somewhere between the best- and worst-case scenario, proactive brands will be better positioned to stay ahead of the competition.