My Network is Bigger than Your Network 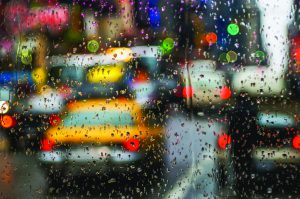 My Network is Bigger than Your Network

As raindrops fell on the pavement in New York City this past May, advertising professionals gathered underneath a sea of umbrellas and descended upon Radio City Music Hall for the first day of the broadcast network upfronts. NBC jump-started the week with an emphasis on scale. Linda Yaccarino, NBC Chairman, Advertising Sales and Client Partnerships, set the tone for the week by kicking off the presentation touting NBC’s “meaningful, smart, safe scale. Safe for brands and consumers.” According to Yaccarino, “That’s what advertisers want.”

The presentation continued in a similar vein. Mentions of content, data, and distribution on a global scale set the stage for NBC to announce its to-be-named direct-to-consumer offering. Promising a premium content library containing new originals and old favorites, Yaccarino promised the platform would offer “[the] biggest collection of content in the US.”

In many ways, Yaccarino’s remarks laid the groundwork for each media company’s positioning. Focus on direct-to-consumer offerings and capitalizing on the full breadth of cross-network portfolios were themes that weaved their way throughout the week’s presentations. In addition to NBC, Disney, Warner Media, and CBS all took time to highlight their direct-to-consumer platforms, and not all done in a way that tied back to what matters most to advertisers – ad-supported offerings. CBS, for example, continually highlighted Showtime, subscription-based service under the CBS umbrella that is not ad-supported. It’s an important distinction as the media companies continually highlighted their portfolios’ scale without diving into the details about which components would be available to advertisers, and in many instances these details are still being worked out.Scale conversations were not just centered around direct-to-consumer, but also on recent acquisitions. Kevin Mayer, Disney Chairman of Direct-to-Consumer and International spoke to Disney’s busy start in 2019.

“[We] acquired 21st Century Fox in March, unveiled Disney+ last month (April), and reached an agreement with Comcast to own Hulu as of this morning (May 13, 2019),” said Mayer at the start of their presentation.

Through their acquisition of 21st Century Fox, Disney welcomed the FX and National Geographic networks to the stage at Lincoln Center for the first time. Adding the adult-skewing networks to the portfolio helps Disney diversify their positioning in the market. “Disney is a generational brand,” said President of Advertising Sales and Partnerships Rita Ferro.

Having these bold, boundary-pushing networks under the Disney umbrella may seem counter-intuitive, but media companies are hungry for content to feed into their size and scale to compete not only with other television networks, but powerhouse streaming brands like Netflix and Amazon. During his bit on stage, Jimmy Kimmel Live! host Jimmy Kimmel spotlighted this looming viewer trend by joking, “I can’t believe Channing (referring to former ABC president Channing Dungey) left us for Netflix. Who does she think she is? Our viewers?”

Ferro’s pitch, however, countered Kimmel’s remarks. “The industry is under disruption,” she said, speaking to the ongoing video fragmentation. “Disney is about cultural engagements,” Ferro concluded, reinforcing that reaching audiences through great storytelling creates engagements that results in business outcomes for advertisers.

At the CBS presentation at Carnegie Hall, it was much like audiences and advertisers have come to expect from the network – consistency. Stability is their strength and they were the only media company to spend time discussing ratings, highlighting that they were the most-watched network for the 11th season in a row. While reach, scale and multi-platform offerings remained the focus of much of the dialogue throughout, CBS’ broadcast network focus distinguished the presentation from others earlier that week. Without cable networks to dedicate time to, the pace of the presentation was steady, and the broadcast schedule was shared in a way that has become almost tradition – introducing new shows and time-period changes by highlighting night-by-night program lineups.

Regarding their content, President and Chief Advertising Revenue Officer Jo Ann Ross acknowledged, “Brands have to work harder to stand out in a sea of infinite choice.” But as The Late Show host Stephen Colbert later joked, “When it comes to finding new voices, CBS will take a chance on anyone who’s already on CBS,” poking fun at the network’s love of franchises and spin-offs.

Perhaps the only network that did not seem to fit into the Upfront week trend this year was FOX. Since the sale of 21st Century Fox’s entertainment properties to Disney earlier this year, the network has focused much of its attention on sports and news programming. Instead of using the building blocks of the past and new content opportunities to build portfolio scale, Fox Entertainment CEO Charlie Collier said the company has taken a “smaller and stronger” approach. Collier opened the presentation by welcoming the ad community to the Fox “startup company.”

With sports used as a building block for the “new” network, FOX will bring back Sunday night’s Animation Domination and sprinkle in entertainment programming throughout the schedule. At a time in the industry when media companies are focused on broad reach, they seemed content with their more narrowed approach for the network. Perhaps Kimmel put it best when he jokingly compared FOX to “the network equivalent of a divorced dad’s refrigerator.”

Whether through new network acquisitions or building from large audience draws like sports, all networks agree that what distinguishes traditional broadcast television from other media is the content-safe, premium video environment. Conversations have moved away from program ratings and are instead focusing on portfolio depth to achieve unmatched scale. The delivery method may look different than 10 years ago, but the message is the same – unrivaled ad-supported scale.

Looking back to May, one might conclude that the raindrops that fell during Upfront week were an omen for treacherous marketplace negotiations ahead. With fewer available rating points in the market, and advertising demand flat YOY, network cost percentage increases ranged from high single digits in cable to mid double-digits in broadcast prime. These market conditions only further the strength of the major media companies, while simultaneously bringing to light the symbiotic relationship between advertisers and television networks. With unstoppable fragmentation in the video landscape and subscription-based streaming services on the rise, it’s the traditional media companies who recognize the power of ad-supported content, and advertisers continue to buy in.