Out With a Bang

Out With a Bang

For the 11th consecutive year, CBS finished first in total viewers. They were tied for second (with FOX) in Adults 18-49. The network bid farewell to megahit The Big Bang Theory after 12 successful seasons, which then begs the question: can the network continue its dominance of total viewers now that the number one comedy is done? With the introduction of five new programs this fall along with three midseason shows, CBS execs are hopeful they can fill the void Big Bang leaves and remain the “most watched network” for another season. 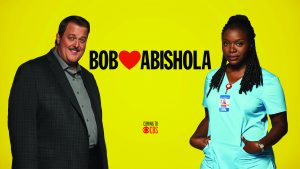 After a cardiac incident lands him in the ER, Bob, a compression sock salesman, falls for his nurse. His heart is all aflutter and wooing her becomes his goal. COMMENTS: Billy Gardell (Mike & Molly) is likeable as Bob and Folake Olowofoyeku plays Abishola to perfection. This sitcom did not knock my socks off (pun intended), but as the only broadcast network to air any comedy programming on Mondays, it just might make it. 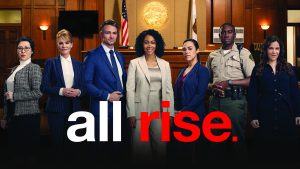 A newly appointed judge (Simone Missick, Luke Cage) learns just how different things are on her side of the bench. Making the transition from lawyer to judge is not as smooth as she hoped and fighting for what is just is not always right. COMMENTS: The pilot was well done and provided insight into how judges, lawyers and law enforcement work together (or, at times, do not work together) in defending the innocent/convicting the guilty. There will be some big competition this night and time; however, fans of CBS should enjoy this courtroom drama. 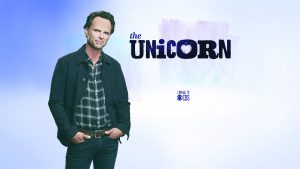 After one of the most difficult years of his life, a widower and father of two girls (Walton Goggins, Justified) is encouraged by his friends to start dating again. COMMENTS: This was an enjoyable sitcom. Turning the tragedy of losing a spouse into a comedy could go horribly wrong, but it did not. There is something sweet about the dad’s relationship with his girls as well as his naivety when it comes to dating. The interaction between his friends made us all laugh. Sandwiched between proven shows Young Sheldon and Mom, The Unicorn has landed on Thursday nights!

Patricia Heaton (Everybody Loves Raymond) returns to CBS as Carol, a middle-aged, recently divorced mom and former teacher who decides to fulfill her dream of becoming a doctor. COMMENTS: Airing after Mom, there will be many eyes ready to watch Heaton’s return to the network and should prove a great alternative to football on Thursdays. 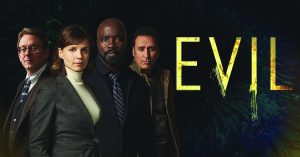 The Good Wife and The Good Fight creators bring this psychological thriller to CBS. A psychologist is asked by a priest-to-be to consult on a murder case – is the man accused of murder possessed by a demon? Is there a scientific explanation for the man’s behavior or is it demonic? COMMENTS: Not for me! Evil is reminiscent of FOX’s short- lived The Exorcist. This program is a departure from other CBS dramas and will face some tough competition with football and NBC’s Law & Order: SVU. 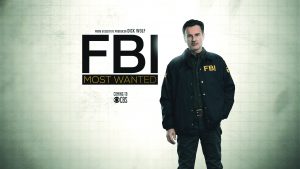 Julian McMahon (Nip/Tuck) plays Jesse LaCroix. He leads an FBI task force charged with tracking down the most dangerous and elusive criminals. 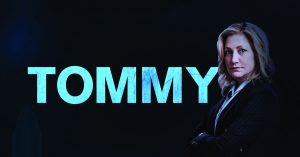 Abigail Thomas (Edie Falco, Nurse Jackie) moves from the NYPD to LAPD to become Los Angeles’ first female chief of police. Her NY grittiness is not welcomed by all in her new position. 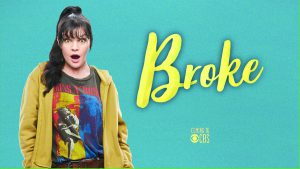 A single mother (Pauley Perette, NCIS) is quite surprised when her sister and very wealthy brother-in-law ask to move in with her because they are… wait for it… broke.