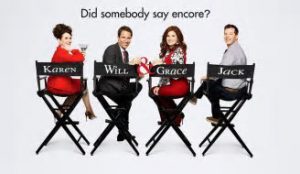 Last season (2016-17), the broadcast networks renewed eighteen of their new shows, which is the same number as the previous year. This coming season, the networks will premiere 17 new shows in the fall (11 dramas, 6 comedies). Additionally, there are more than 24 shows to be introduced at various points in the season.

While it is getting more difficult for broadcast to tout big hits for their networks, there were a few successful shows on each of the Big 4, led by NBC’s This is Us, CBS’ Bull, ABC’s Designated Survivor and Fox’s Lethal Weapon.

Last year’s line-ups had nine remakes on the network schedules, and five will be returning this year: Lethal Weapon, The Exorcist, Macgyver, Taken and Riverdale. This year there will be only be two remakes premiering: S.W.A.T. and Dynasty. However, we will see the reappearance of three very successful shows from the past three decades: Roseanne, Will and Grace and American Idol. Both Roseanne and Will and Grace will reunite their original casts but American Idol will have new judges including Katy Perry.  AI’s new network, ABC,  is thrilled that Ryan Seacrest will resume his hosting duties. CBS’ hit comedy The Big Bang Theory will debut its prequel Young Sheldon narrated by series star Jim Parsons.

ABC will enter the live musical space with The Little Mermaid. While this will not be a live action version, it will intersperse real-life singing clips with animated clips. Fox will have two musicals this year – A Christmas Story and Rent. NBC is planning two as well but they will run in 2018. Jesus Christ Superstar will air during Easter and their originally scheduled holiday musical, Bye Bye Birdie starring Jennifer Lopez, is being moved to 2018 due to her very busy work schedule including NBC’s World of Dance and Shades of Blue.

Some of the big names returning to series television this year include Kyra Sedgewick, starring in ABC’s Ten Days in the Valley; David Boreanaz in CBS’ Seal Team; Anne Heche in NBC’s The Brave and Mindy Kaling in NBC’s Champion. Seth McFarlane will be in front of the camera as he creates and stars in sci-fi comedy/drama The Orville on Fox. 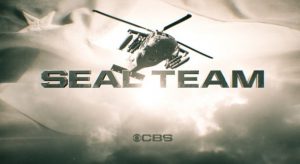 Other science fiction entries this year include ABC’s Marvel’s Inhumans and Fox’s The Gifted, also from Marvel. The other big theme this year is military drama including NBC’s The Brave, CBS’ The Seal Team and Valor on the CW.

In addition to our thoughts on the network offerings, you will find our  reviews for cable television programs and Hulu shows.

We hope you enjoy this issue with our previews of the upcoming television season.