This past spring, the CW’s deal with Netflix, renewed in 2016, came to an end – and the CW has no plans of a future renewal with the popular streaming service. Although Netflix and CW have parted ways, past and current CW series such as Arrow and Riverdale will continue to stream on Netflix for the foreseeable future. As for new Fall 2019 CW shows, the network plans to shop their streaming rights on an individual basis to the highest bidder.

Apart from the streaming news, CW is making a lot of changes to their lineup for 2019 and will have an all-scripted schedule with 12 dramas. Sundays will become a heroine-charged night with the return of Supergirl along with the new series Batwoman, featuring the first LGBTQ lead in the CW’s DC Universe. Sophomore series All American will air on Mondays before Black Lightning. On Tuesdays, The Flash and Arrow will finally air on the same night! Riverdale will remain on Wednesdays and serve as a solid lead-in for the new series Nancy Drew. Supernatural, in its final season, will remain with Legacies on Thursday nights, and Charmed has moved from Sunday nights to Fridays this fall; followed by Dynasty.

Surprisingly, DC’s Legends of Tomorrow has been chosen as a midseason series. In addition, new series Katy Keene and existing series In the Dark, Roswell, New Mexico and The 100 will hang back and wait for midseason slots. 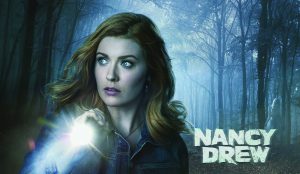 Nancy Drew (Kennedy McMann) resides in Horseshoe Bay, Maine.  Ever since she was young, Nancy has been keen on solving mysteries. When her mother passes away suddenly, Nancy retreats into a world of despair and turns her back on her teenage detective skills.  But when a high-profile murder happens outside of the town diner where she works, she becomes a suspect along with four other local teenagers. Nancy is forced to uncover the murder mystery in order to clear her name – so begins her detective work anew. As she attempts to connect the dots, she must also contend with a town ghost, assumed to be a local girl who died years ago in an unsolved murder. COMMENTS: The actors work well together and the chemistry between the five main characters is believable. The network seems to have found its niche with the darker, mysterious teen dramas – and we think this should be a winner for the CW, especially with Riverdale as the lead-in. 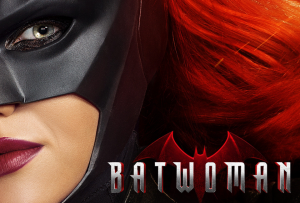 The series takes place three years after Batman’s mysterious disappearance from Gotham.  Kate Kane’s (Ruby Rose, Orange is the New Black) father has created a security company, Crows Private Security, to protect Gotham in Batman’s absence. When Kate returns to Gotham after being sent away by her father years ago, she learns The Alice in Wonderland gang has kidnapped Crows’ top agent, and Kate’s ex-girlfriend, Sophie Moore (Meagan Tandy, Teen Wolf). Kate eventually uncovers Bruce Wayne’s secret identity, and with the help of a few friends, Kate steps into the role of Batwoman. Armed with a high-tech new batsuit, she sets off to rescue Sophie and Gotham from the infamous gang. COMMENTS:  Ruby Rose does a great job playing the dark, but strong female role. I believe the CW audience will embrace the new series and it will do well on the network. 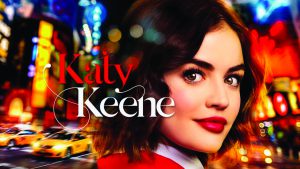