The ABC’s of Ad Blocking 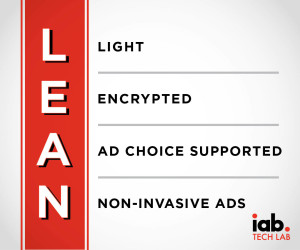 The ABC’s of Ad Blocking

As if the newspaper industry didn’t have enough to deal with, now digital ad blocking software threatens to eat into its digital profits.  Ad blockers, obviously, block ads.  The reason for using them would seem to be, “I don’t want to see ads anymore…duh.”  But there are more practical reasons for using ad blockers.  A heavy ad load is data-intensive, meaning slow load times for users, while eating up precious time, data and battery resources. The use of the blockers may persuade advertisers to refrain from installing third party tracking scripts, which can be seen as a threat to security and privacy.  Some sites have loaded so many ad units that the user experience is negative.

The IAB released an Ad Blocking Primer on 3/7/16 with strategies for publishers to persuade users not to download ad blockers.  The IAB is calling it a ‘New DEAL’ between publishers and users. Does anyone else find the reference to FDR’s depression-era program in the name troubling?

The New York Times is now using the IAB Technology Lab’s approach to deal with ad blockers.  On 3/7/16, some users who have ad blocking software saw the message:

“You currently have an ad blocker installed.  Advertising helps fund our journalism.  To continue to enjoy The Times, please support us in one of the following ways”.

Another IAB strategy meant to be used in tandem with the New DEAL is to improve the user experience so that ad blockers are not needed in the first place. The IAB is also promoting the use of lighter ads, once again using a cool acronym: LEAN.

Ad blocking gets at the problem that arose at the dawn of the internet — newsgathering comes at a price.  A statement from a New York Times spokesperson to Digiday reads as follows:

“We are opposed to ad blocking, which does not serve the long-term interest of consumers. The creation of quality news content is expensive and digital advertising is one way that The New York Times and other high quality news providers fund news gathering operations”.

The bargain between publisher and user has always been free content in exchange for advertising.  Has the industry pushed the user too far with pop up ads, cluttered pages, and tracking?