The Evolution of Podcast Advertising

The Evolution of Podcast Advertising

The popularity of podcasting has grown exponentially in the past few years, but some might find it hard to believe this media channel can be traced back as far as 2004. According to the WIRED article “The Three Fundamental Moments of Podcasts’ Crazy Rise”, the term “podcast” was first used by writer Ben Hammersley in a Guardian newspaper article referring to the audio blogs being shared online via RSS feeds. The original audio blogs would eventually evolve into internet radio programming, or what we know now as podcasts. It would take almost an entire decade before major advertisers started to seriously consider placing media dollars into podcasting.

When examining the evolution of advertising in podcasts, it is important to know how the medium has advanced in the past 10 years. One major turning point was in 2008 when the Apple iPhone 3G and Samsung Android-powered G1 were brought to the market. Both devices allowed users to download audio files on the go. These advancements in technology made it even easier for listeners to consume podcasts daily. In 2014 Apple’s stand-alone podcast app went native on the iOS 8. This was also the same year the hit podcast “Serial” premiered. Both events boosted the popularity of podcasting and attracted millions of new users. Next, enter Midroll Media to the scene, arguably the largest podcasting company in the United States. With the new popular iPhone app and a company willing to sell the inventory, the national podcast ad spend began to increase exponentially. 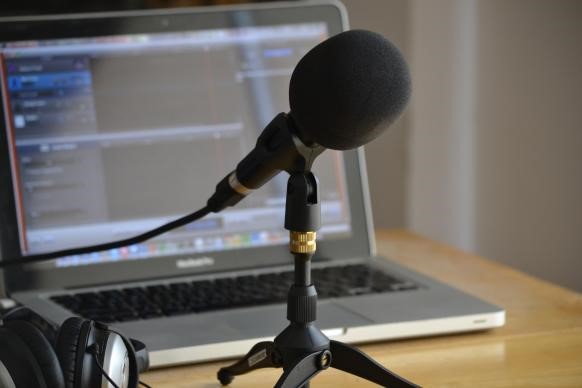 Advertisers were initially hesitant to invest in a digital channel that could not be measured like all others in the category. Yes, you can track user downloads, but that does not mean the users actually listened to the content, or didn’t skip your ad. Most early adaptors like Blue Apron, Shari’s Berries, and Square Space would place an offer code in the ad to acquire an internal success metric. Now, as more advertisers are paying attention to the world of podcasting we are starting to see a rise in the year-over-year podcast ad spend. According to Forbes, “Ad dollars dedicated to podcasting will swell approximately 85% (in 2017 as compared to 2016) to an estimated $220 plus million, and some individual brands are now spending well over $10 million solely in this channel.” There are many striking similarities to the internet 20 years ago and podcasting today, says Ross Adams in Adweek.  “In 1997, there were 70 million internet users worldwide. Today, there are 67 million monthly podcast listeners. In 1997, $906 million was spent on internet advertising. Today, $243 million is spent on podcast advertising, which is expected to double by 2020.”

As we continue to see the increase in ad spend, there will surely be increases in success measurement for podcasting. The overall growth of the medium and projected year-over-year revenue increases are indicators that podcasting will continue to grow as an important part of advertisers’ overall media mix. Along with broadcast radio, Pandora, and Spotify, podcast advertising is on track to be the next essential part of a successful audio media mix within the next 5 years.