The Rise of Snapchat and Instagram – a Youth Movement 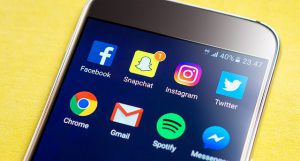 The Rise of Snapchat and Instagram – a Youth Movement

Facebook has long been a leader in the social advertising era and has been considered the entry point into the world of social media. However, young social users are starting to decrease their time spent on Facebook and are heading to other social media platforms, specifically Instagram and Snapchat. Based on a study by eMarketer, for 2018, Instagram will gain 1.6 million Americans under the age of 25, and Snapchat will welcome 1.9 million new users for the same age group. The study also estimated Facebook will see a 5.8 percent decline in U.S. adult 18-24 users in 2018.

The user shift to more visually appealing content on these social platforms is changing the digital landscape. Advertisers and media agencies continue to look for the most media effective strategies and these social media habit changes by young users have led to a switch from Facebook-only buys to a mix of social media channels.

Instagram has become the social network for young users.  According to eMarketer, Instagram is expected to continue to expand its user base among consumers under 12 years old and ages 12 to 17.  Although there has been a decline in younger users on Facebook, the social media channel owns Instagram. In fact, Instagram is available as a placement in the Facebook Advertising interface, making it easy for businesses to take advantage of advertising on this growing platform.

Instagram ads appear in a user’s feed organically, so it doesn’t interfere with the user’s experience. Instagram is a simple yet visual platform, so it offers advertisers the opportunity to reach their users in a seamless way. The platform has also attracted many brands through Instagram Stories, which launched in August 2016. This feature lets users/brands post video or photos to tell a story which will vanish after 24 hours. Many see the launch of Instagram Stories as their way to keep up with Snapchat. Instagram Stories has grown to more than 250 million users since the launch and it give advertisers the chance to reach users who are seeking new and/or relatable content.

Snapchat provides users with a sense of freedom since users share photos with friends for a set amount of time. Since Snapchat users are younger, and older demos are not as likely to be on the platform, it gives this social platform the ‘cool’ factor. eMarketer states that in the U.S., the 18-24 age group’s usage was estimated to grow 19.2% in 2017.

Snapchat allows advertisers to place their messaging in a multitude of locations, like the ‘Discover’ section, in between Snapchat stories, as well as through geofilters and sponsored lenses. These placements are a consistent part of the user experience, which encourages users to share branded content with their friends. This allows the messaging to live even longer and to be seen by more consumers. Each Snap ad is full-screen. In many instances the audio is on by default, which is hard to find with other advertising platforms. In addition, Snapchat gives advertisers a guarantee their video ads will run within developed shows and premium content, rather than only user-generated content.

Instagram and Snapchat have both found success with the younger demographic since both platforms communicate with visual content. The double-digit user growth happening among younger consumers is forcing marketers to reevaluate their media plans and shift a portion of their media budget into Snapchat and Instagram.