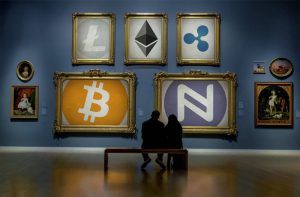 Advances in digital technology have made measuring individual interactions with content at scale common practice. Now cryptocurrencies, and more importantly the blockchain technology that underpins them, may clear the way for users to be directly compensated for the time they spend consuming content.

Is this the next step towards improving the ad-supported business model? Or the first step in replacing it?

Digital Ads Aren’t Broken, but the Promise Falls Short of the Practice

The promise of digital media is to enable advertisers to deliver personalized ads in the moment of need. This promise can be challenged, however, if the data used for this precision targeting is dated or modeled.  Without due diligence, the result can be an increased margin for error that is higher than an advertiser realizes, and which can compromise performance.

Beyond data fidelity issues, the ad pricing model for most digital media is still the CPM – or pricing the opportunity for an ad exposure. Rewarding publishers simply for delivering that opportunity for ad exposure has created an ecosystem susceptible to fraud.  While there are tools that can effectively mitigate the risk of fraud (at a cost, of course), the fraudsters are getting increasingly advanced in their techniques – there is too much money at stake not to try.

Additionally, inexact ad targeting can reduce value to the end user (by providing less relevant ads), which may in part explain the rise in ad blocking. The need to combat both blocking and fraud naturally concentrates demand for inventory in ecosystems that can both scale their own audience data and ensure quality impressions. It’s no wonder why Facebook and Google receive the three-quarters of digital ad spend.

How Does Paying for Consumption Help?

Right now, consumers aren’t incentivized to share their data so much as surrender it as a cost of consumption. If consumers stood to gain financially or otherwise, there would be a strong incentive to curate their digital footprint to maximize their earning potential.

With better data, publishers could offer different users different incentives, leading to a more dynamic and diverse audience. Publishers could even entice users to come to their site by offering more compelling incentives than content aggregators, Advertisers benefit by not only increasing their targeting accuracy, but by the increase in effectiveness when ads a better aligned with their audience.

Such a system would come with its own risks of fraud, but by involving all three parties in the ad transaction, the value to each magnifies the value to the other two. Better content is more engaging to the audience. More engagement on a page increases the likelihood of ad effectiveness. Increased ad effectiveness increases the value of the content which in turn creates more revenue for the publisher to create more content. The exchange could become a feedback loop.

Brave and myTime are making the first attempt at creating an economy of attention. Both are built on blockchain protocols similar to cryptocurrencies like Ethereum.

In myTime’s case, a set of parallel blockchains guard against abuse. One chain confirms the elapsed time with a piece of content while the other logs the user’scompensation for that consumption. Since the blockchain is open-source, the transaction is accessible and easily verified. Users’ account summaries, or wallets, however are cryptographically secured for a specific user.

Publishers can either acquire MYTC cryptocurrency in exchange for fiat money or through advertiser compensation for appearing adjacent to their content. To transact MYTC, the “paying” party must make a “proof of time” request linking to the appropriate time consumed on the service equal to or exceeding the request. Once confirmed, the transaction is recorded in the compensation blockchain. Over time, the user can then exchange their accumulated MYTC for services or benefits with participating publishers, donate their MYTC to publishers of their choosing or exchange the MYTC for fiat money via the MYTC exchange.

Brave’s Basic Attention Token (BAT) operates similarly, with the transaction occurring across three parties rather than two. Advertisers in this case exchange BATs for ad or content consumption. Most of the BATs would go to the publisher with a portion going to the user.

While both technologies stand to significantly change how ads are transacted if implemented, the actual impact will in large part depend on how successfully these platforms are able to scale. For user compensation to become more than an idea, we will first need to agree on the currency.