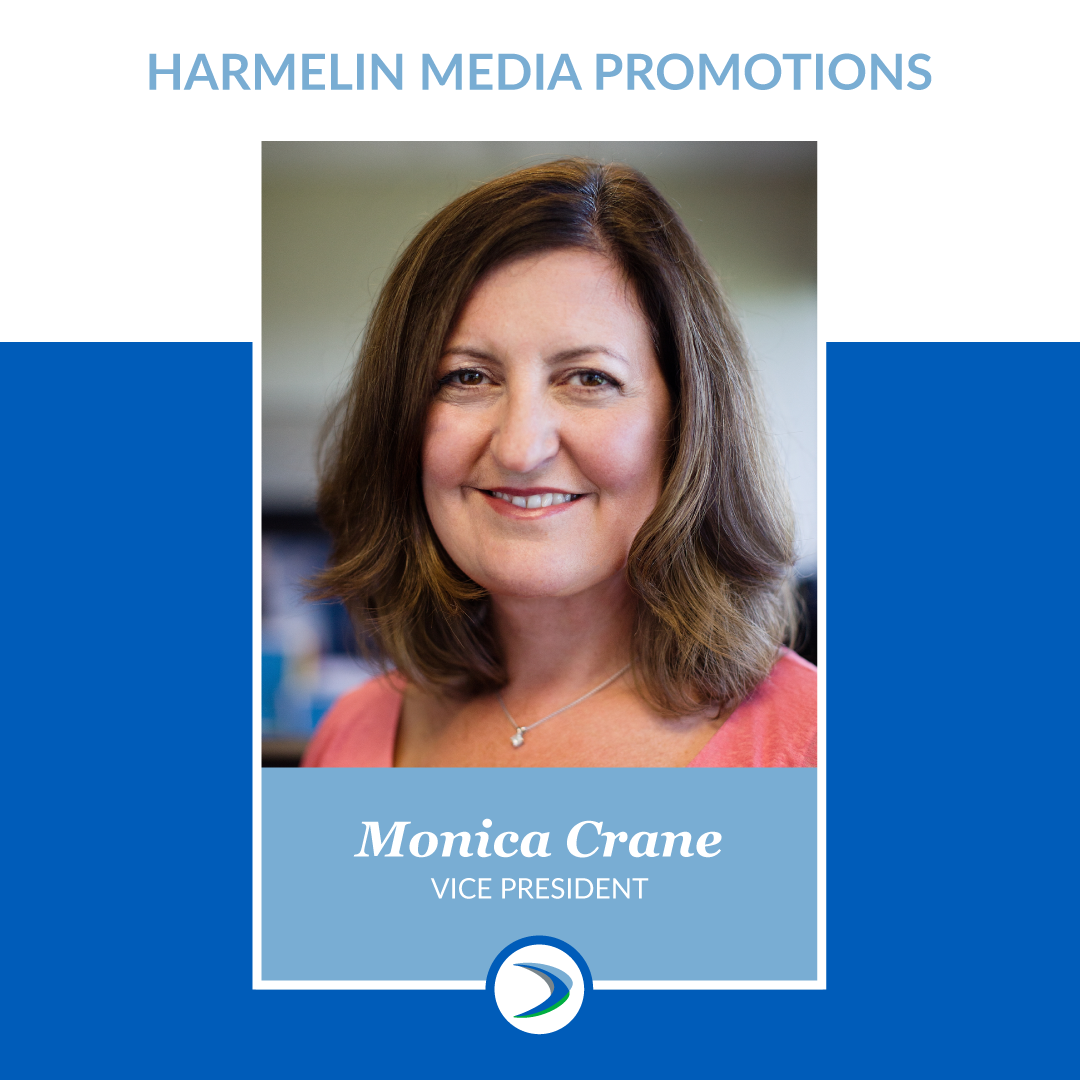 In her new role as Vice President, Crane will oversee a new account team and continue to be a key member in Harmelin’s new account growth. With intimate experience with key Harmelin accounts such as The Aspen Group, along with national broadcast capability, Crane’s new role as Vice President will position Harmelin Media to manage growing opportunities.

“With her expertise and years of experience with regional and national strategic planning for some of our large accounts, Monica will continue to be a vital part of Harmelin’s growth,” says Meder.

Reflecting on her new role, Crane says: “With my children now teenagers, I am excited to be able to devote the time needed to expand my role at Harmelin Media as part of the Executive Team. I have been a part of the Harmelin family for 25 years and have always felt supported, trusted, and encouraged. In my new role, I will be able to expand my experience, and participate in the development of my team members.”

Prior to re-joining Harmelin Media in 2003, Monica held the role of Associate Media Director at Universal McCann NY. Monica is a graduate of Ithaca College where she earned a B.S in Communication (Advertising/PR) & Marketing. She resides in Media, PA with her husband Tom and two children.