FOX renewed exactly zero of the four new shows they premiered last year. Perhaps that’s the reason the phrase “a new Day One” was coined by Fox Entertainment CEO Charlie Collier. The focus last year seemed to be on sports, citing shorter breaks and more availability. And this year at their upfront presentation, they held to that, announcing WWE’s SmackDown moving from USA Network to FOX.

Keeping things physical and adding to their slate of unscripted series, Ultimate Tag will premiere midseason. The competition show, hosted by football superstar J.J. Watt and his brothers, is based on the playground game taken to another level. We’ll see if it’s as big of a surprise hit as the The Masked Singer, which ended season one averaging 11.4 million total viewers for the finale. The reality singing competition returns with season two, while season three is already scheduled to premiere after Super Bowl LIV on February 2, 2020.

FOX still has a few noteable dramas. BH90210, the reboot of the ‘90s classic Beverly Hills 90210, premiered in August for a six-episode event series. The Resident moves to Tuesdays followed by the final season of Empire. FOX’s number one drama, 9-1-1, expands its reach into Austin, Texas with 9-1-1: Lone Star. This show will debut with a special two-night event beginning January 19, 2020, immediately following the NFC Championship Game.

Animation Domination will continue on Sunday nights, adding Bless the Harts. On tap to premiere midseason are Duncanville and The Great North. 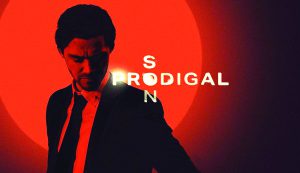 In this dark and provocative drama, we follow the son of a convicted serial killer who has made hunting murderers his life’s work. He struggles with his own sanity while studying his father’s insanity to solve crime by getting inside of the head of evil. COMMENTS: Tom Payne (The Walking Dead) shines in the lead role, and viewers can really feel his internal struggle with good versus evil as he may not be able to shake the dark side that is rooted deep in his soul. It’s bound to succeed considering its Monday placement, the storyline and acting.

This is a story of an only child that finds her life turned upside down when her father (Timothy Hutton, American Crime) reveals that over the course of his respected career as a pioneering fertility doctor, he used his own sperm to father upwards of 100 children, including two new sisters. As these three young women slowly embrace their new reality, they will attempt to form an untraditional bond as sisters, even as they must welcome more and more siblings to their expanding family. COMMENTS: I enjoyed the storyline between Julia Bechley (Brittany Snow, American Dreams) and her sisters. I hope the sisters’ connections remain the focus throughout the series. If it is more about their connection and the relationship built rather than introducing more people as part of this unusual family, I think the show could be a success.

This animated series is about a broke and struggling Southern family, featuring the voices of Kristen Wiig (Saturday Night Live), Maya Rudolph (also Saturday Night Live), Ike Barinholtz (The Mindy Project), Fortune Feimster (also The Mindy Project) and Jillian Bell (Workaholics). COMMENTS: Although the Animation Domination lineup isn’t my cup of tea, it seems like it would fit in well here based on the trailer as the pilot was not available at time of review. 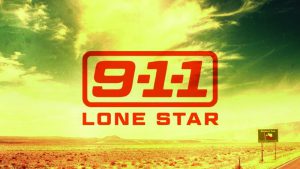 A New York cop (Rob Lowe, Code Black) relocates to Austin, Texas with his son, where he works to save people’s lives while trying to solve his own personal problems. 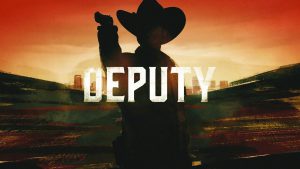 When the Los Angeles County sheriff dies, an old-fashioned copper (Stephen Dorff, True Detective) is appointed and everyone must play by his rules.

An animated comedy about an average kid named Duncan who dreams of making it big without having to wear a suit and tie to get there, featuring the voices of Amy Poehler (Parks and Recreation), Rashida Jones (Angie Tribeca), Ty Burrell (Modern Family), Riki Lindhome (Another Period) and Wiz Khalifa. 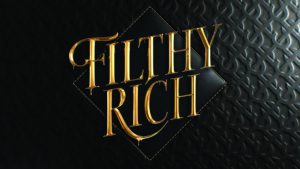 When the patriarch of a mega-rich southern family dies in a plane crash, his wife (Kim Cattrall, Sex in the City) and family are stunned to learn that he fathered three illegitimate children, all of whom are written into his will, threatening their family fortune.

The animated comedy follows the adventures of a single dad and his weird Alaskan family. The series has a voice cast that includes Nick Offerman (Parks & Recreation), Megan Mullally (Will & Grace), Jenny Slate (Bob’s Burgers) and Will Forte (The Last Man on Earth). 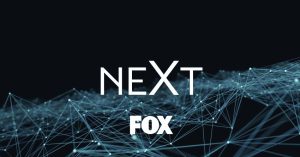 Silicon Valley pioneer (John Slattery, Mad Men) teams up with a cybercrime agent (Fernanda Andrade, The First) after discovering that an A.I. he created has gone rogue. The series looks to turn the lens on how technology has taken over our lives.

This is a multi-camera family comedy about a working-class couple raising their four children in Atlantic City, New Jersey, three of whom are certified geniuses. The show stars Jason Biggs (Orange is the New Black), Maggie Lawson (Psych) and Tisha Campbell-Martin (Dr. Ken).