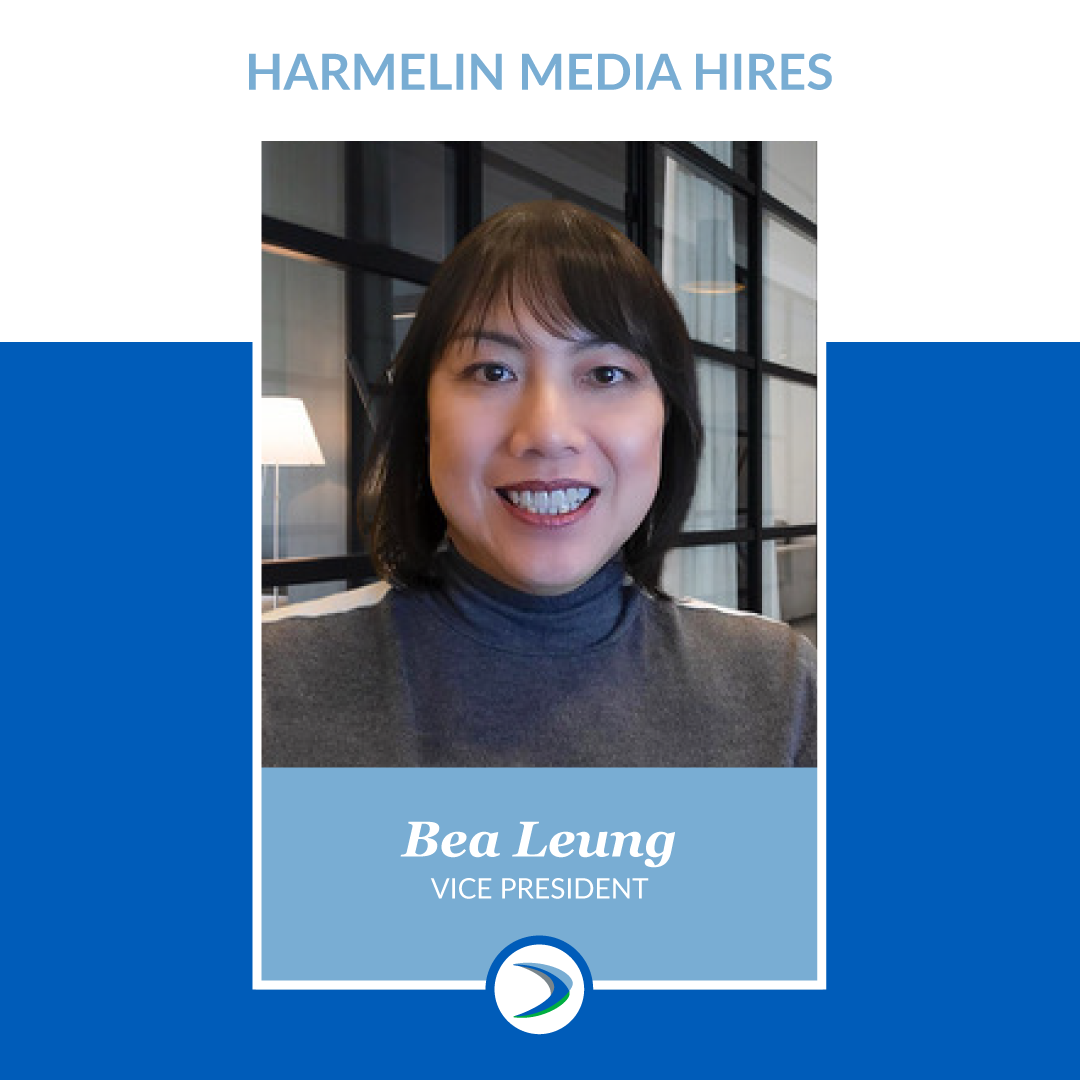 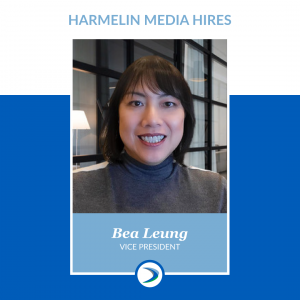 In her new role as Vice President with Harmelin, Leung will serve as Harmelin’s Consumer Packaged Goods practice lead. She will be managing Harmelin’s Blue Diamond, Krusteaz, and Turkey Hill businesses, while also focusing on team management and growing Harmelin’s CPG business.

“It has long been a core belief that the esteemed title of Vice President at Harmelin is one to be earned through success within our organization, as it reflects not only a mastery of one’s area of focus but also involves significant personnel management as well. However, as we were searching for additional high-level strategic leadership to keep up with the blistering pace we’re on, we met Bea – and each of us who engaged with her strongly believed she’d be a huge asset to our organization,” said Meder.

Prior to joining Harmelin Media, Leung has held senior positions at different agencies in New York City and led teams to deliver on campaign successes. Leung earned an undergraduate degree in engineering and an MBA in marketing, management and international business.