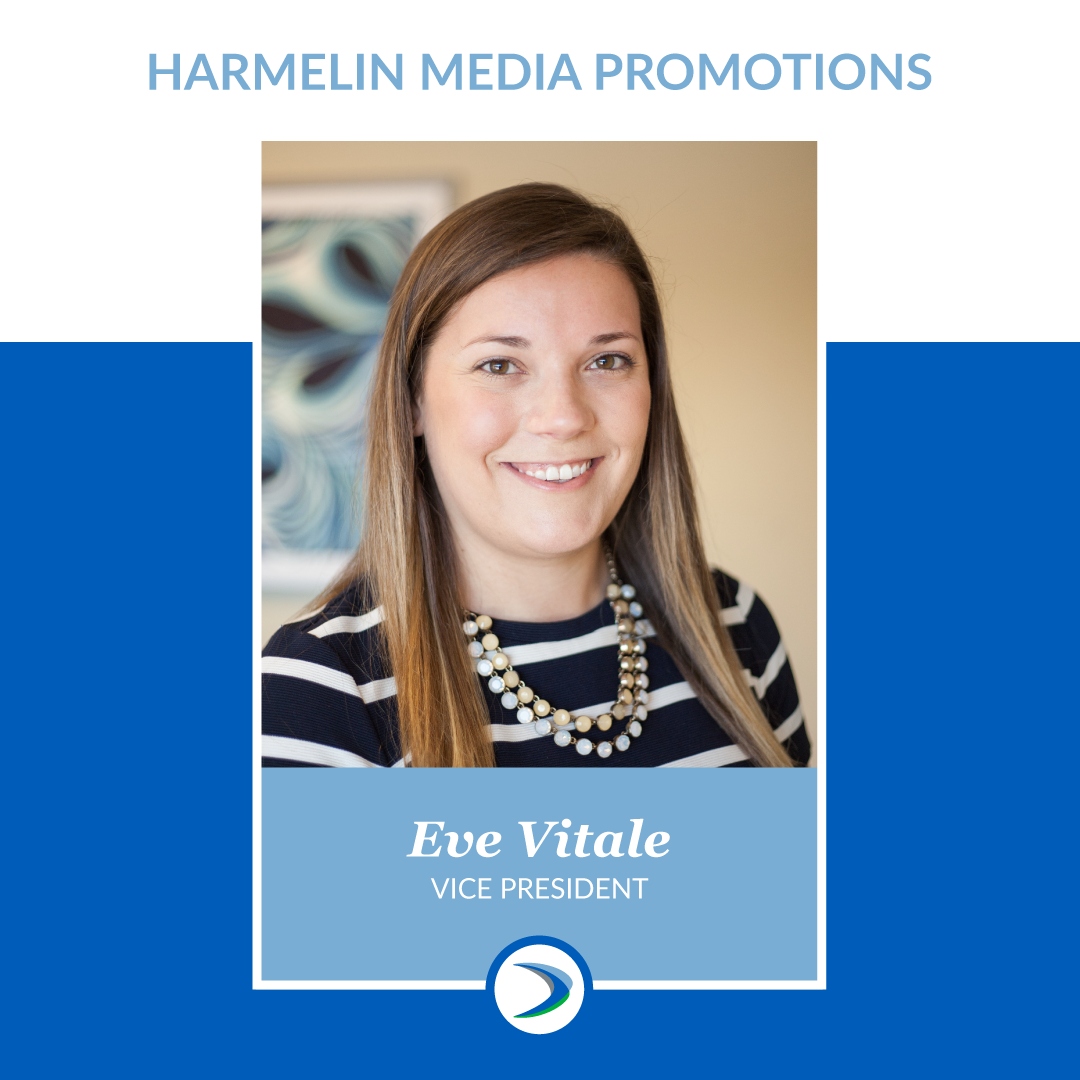 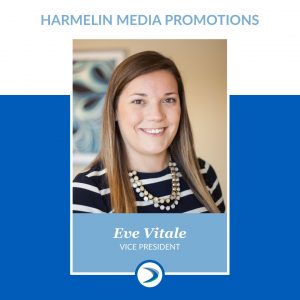 Philadelphia, PA – Eve Vitale has been promoted to Vice President at Harmelin Media, announced Mary Meder, President of the Philadelphia-based media agency. Eve Vitale joined Harmelin eight years ago and currently manages the agency’s programmatic trading desk. She has led their 15-member DeskOne (programmatic) team for the past several years, growing Harmelin’s capabilities for programmatic display, video, OTT, audio, native and out-of-home across platforms such as The Trade Desk, DV360 and Amazon.

Prior to joining the programmatic team, Eve handled digital buying for Harmelin’s CPG vertical including Blue Diamond Almonds and Almond Breeze, and Cumberland Packing Corporation’s Sweet ‘N Low and In the Raw brands. Eve started her career in media as a digital strategist at PHD in New York. She worked within the skincare & fragrance vertical on the Elizabeth Arden account. Eve has a B.S. in Business Administration from Boston University’s Questrom School of Business. Outside of work she enjoys time with family (especially her son Connor), trying new restaurants, watching Seinfeld reruns, and the Philadelphia Eagles.

“Eve is a fantastic leader who has created a remarkable culture on her team – one focused on innovation, expertise, work ethic and fun!” says Executive VP and CRO Scott Davis. “She fosters trust and confidence not just within the team, but across the company, working with our account teams, the new business team, and our broadcast team as one of the leaders of Harmelin’s cross-channel video practice. She has created a subject matter expert program within DeskOne to ensure that Harmelin remains at the forefront of all aspects of programmatic media. She is as strong dealing with clients as she is working with Harmelin’s internal teams.”