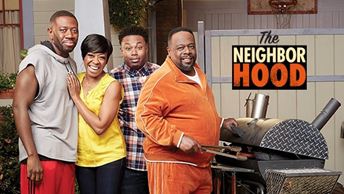 It was thought NBC’s airing of the Super Bowl and the Winter Olympics would dethrone CBS in total viewers, but CBS execs would not be denied their tenth consecutive win! In the final weeks of last season, CBS pulled out the win in total viewers. Big Bang Theory finished the year as the most watched series in total viewers with NCIS, Young Sheldon and Bull ranking in the top ten for viewership. CBS has nine new programs slated for 2018-2019 (six in the fall and three mid-season). Surviving their freshman season are S.W.A.T., Seal Team, Young Sheldon and Instinct.

THE NEIGHBORHOOD, Monday 8-8:30p, Comedy Calvin Butler (Cedric The Entertainer, Barbershop) loves his LA neighborhood. He considers it a tight knit community and is proud to live there. He is excited to meet his new next-door neighbor (Max Greenfield, New Girl) until he learns the family is from the mid-west and might not fit in to his beloved perfect community. COMMENTS: Although I was excited to see Cedric The Entertainer starring in a comedy, this fell short of my expectations. It was okay, but the jokes felt forced and even a little awkward. Leading off Monday night with this new comedy could be difficult for the net- work, especially up against all returning programs from the other broadcast networks.

HAPPY TOGETHER, Monday 8:30-9p, Comedy Jake (Damon Wayans Jr., Happy Endings) and Claire (Amber Ste- vens West, Ghosted) enjoy their routine married life until one of Jake’s famous clients knocks on their door and shows them a night on the town. Perhaps their life is a little too routine and much too ordinary. COMMENTS: Another disappointing comedy for the network. There are some funny moments, but overall not too many laughs. Our fall preview staff agreed this comedy was more suited for ABC or the Disney Channel as Happy Together is just a little too goofy for CBS and is unlikely to last a full season. 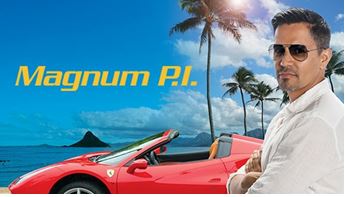 MAGNUM P.I., Monday 9-10p, Drama One of two new reboots for CBS, Magnum P.I. stars Jay Hernandez (Bad Moms) in the iconic role.  Unlike the MacGyver and Hawaii Five-0 remakes, there appears to be no connection between the characters of the original Tom Selleck series and this 2018 reboot. Similar, however, is the action-packed hour, breathtaking landscapes and beautiful people. COMMENTS: Given the success of like dramas, this should do well for the network. Do not be surprised if the program is moved from Monday night to Friday night where it might enjoy higher viewing levels. 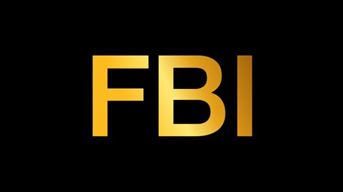 FBI, Tuesday 9-10p, Drama This police procedural stars Jeremy Sisto (Suburgatory) and Missy Peregrym (Rookie Blue) as agents thwarting crime in New York. COMMENTS: CBS knows how to do crime and they have Dick Wolf (Law & Order) producing. Sandwiched between NCIS and NCIS: New Orleans, FBI should garner enough eyeballs to find a permanent home on the network. It is also a good alternative to NBC’s This is Us if you are not looking for a tear jerker series.

MURPHY BROWN, Thursday 9:30-10p, Comedy 20 years after signing off, the FYI crew returns to television! Murphy’s son is grown and working at a competitive network. COMMENTS: Candice Bergen and other original cast members reprise their roles from the Emmy-winning comedy. Even without a 2018 pilot to view, our Harmelin reviewers agree this is the best comedy of the season. Given today’s political climate, there should be plenty of material for the writers. With the success Murphy Brown had in its ten seasons, and the nice ratings that Will & Grace and Roseanne enjoyed with their returns, there is no reason to think this show won’t be a hit series.

GOD FRIENDED ME, Sunday 8-9p, Dramedy The son of a preacher (Brandon Michael Hall, The Mayor) who claims to be an atheist gets a Facebook friend request from God – then strange things begin to happen. COMMENTS: God Friended Me is an uplifting, feel good show that could work on CBS’s Sunday night. It is a program the whole family could enjoy together!

THE CODE From the creator of Limitless comes the new military legal drama The Code. Each attorney must undergo training as a prosecutor, a defense attorney, an investigator and a marine.

FAM When her younger sister comes to live with her, Clem’s (Nina Dobrev, The Vampire Diaries) perfect life becomes anything but!