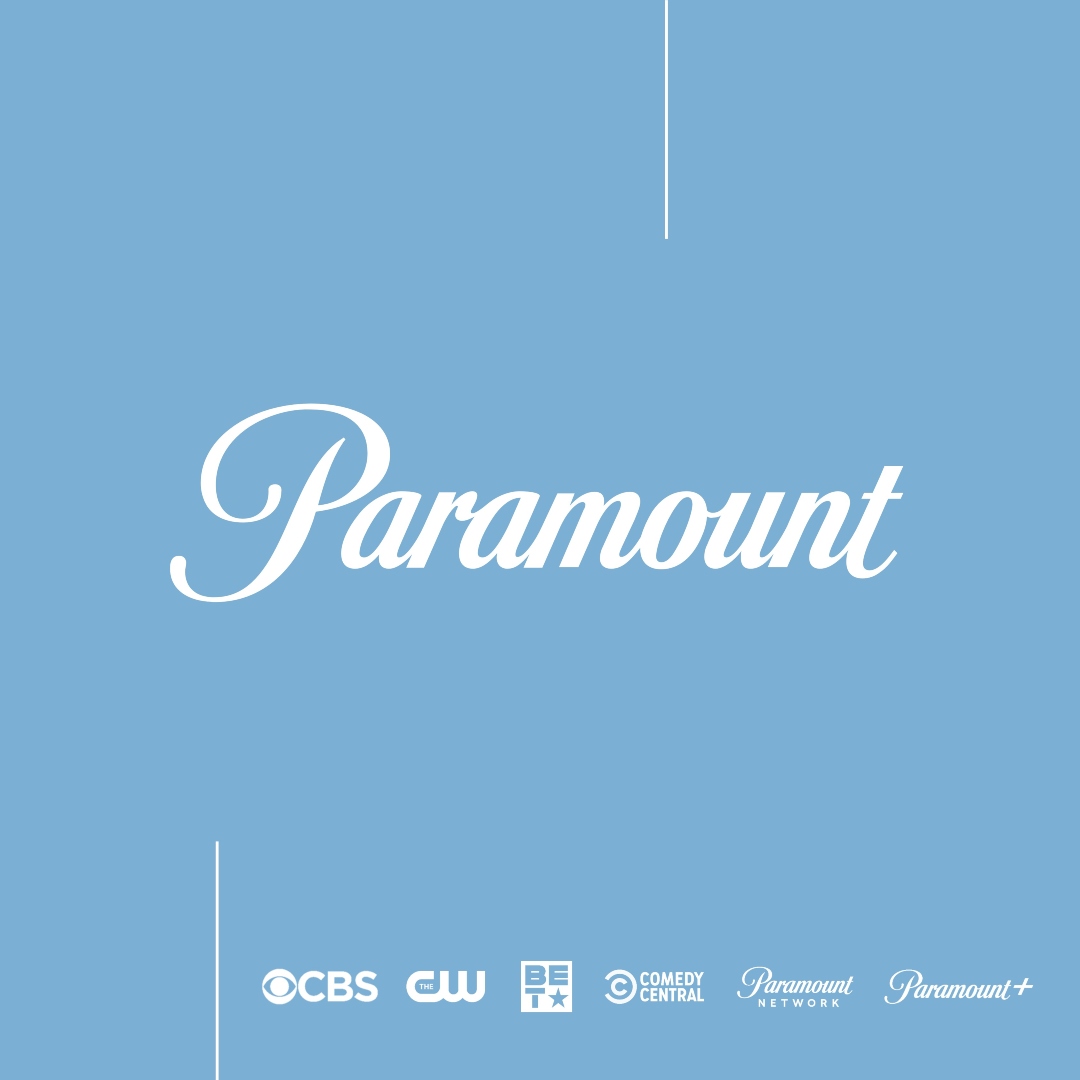 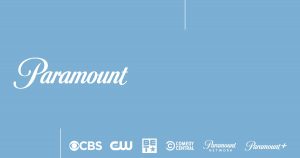 Hosted by real life celebrity couple Rebecca Romijn and Jerry O’Connell, The Real Love Boat will bring a group of singles together as they sail through the Mediterranean on a luxury cruise ship. The series will feature challenges that will test paired-off couples’ compatibility and chemistry. Like the original series, the crew, captain, and cruise director will help to navigate the often-choppy waters of love for their guests. After a month at sea, there will only be one winning couple to dock in the final port, taking home a cash prize and a trip courtesy of Princess Cruises, the series’ cruise line partner.

So Help Me Todd tells the story of a down-on-his-luck private investigator who seeks to turn his life around. To do this, he agrees to be an investigator for his recently divorced mother. The two are both complex individuals who need all the patience in the world to understand one another. Nevertheless, they put their differences aside to execute investigations flawlessly. The show stars Pitch Perfect’s Skylar Astin as Todd. Astin will be joined by Marcia Gay Harden, who will play the role of his mother in the drama.

The series follows the life of an inmate named Bode Donovan who volunteers for a local firefighting program in hopes of shortening his sentence. The firefighters work endlessly to douse the raging flames in Northern California, a valiant effort that motivates Bode to turn his back on his old ways and begin to live a life worthy of praise. Fire Country is a classic redemption story that will move the hearts of viewers. SEAL Team actor Max Thieriot will play the lead role of Bode in this drama.

East New York examines the life of Deputy Inspector Regina Haywood, the newly promoted deputy inspector of East New York, a working-class neighborhood at the edge of Brooklyn. She leads a diverse group of officers and detectives, some of whom are reluctant to deploy her creative methods of serving and protecting in the midst of social upheaval and the early seeds of neighborhood gentrification. NCIS: New Orleans actress Amanda Warren will play the lead role of Regina Haywood. Alongside Haywood we’ll also see Jimmy Smits, Ruben Santiago-Hudson, Richard Kind, Elizabeth Rodriguez, Lavel Schley, Olivia Luccardi, and The Umbrella Academy‘s Kevin Rankin.

Striking while Wordle is hot, CBS and executive producer RuPaul are bringing back a new adaptation of the word puzzle game show Lingo. The original show debuted in 1987 and lasted one year, and a reboot ran from 2002-2007. 2022’s version of the program will follow teams of two as they face off in fast-paced puzzle rounds to guess letters that reveal simple words. At the end of each one-hour episode, the winning two teams face off in a final showdown, with one team winning a cash prize.

Superfan is a six-episode new musical game show. The competition series will see contestants vying in multiple rounds of play to prove they are the ultimate fan. In each one-hour episode, a different musical artist will select one deserving superfan to win a once in a lifetime prize. Confirmed artists include Kelsea Ballerini, Gloria Estefan, Little Big Town, LL Cool J, Pitbull, and Shania Twain. ​

Like the Jamie Lee Curtis and Arnold Schwarzenegger movie, the CBS take revolves around an unfulfilled suburban housewife who is shocked to discover that her bland and unremarkable computer consultant husband is a skilled international spy. She is propelled into a life of danger and adventure when she’s recruited to work alongside him to save the world as they try to revitalize their passionless marriage. Steve Howey (Shameless) and Ginger Gonzaga (I’m Dying Up Here, Marvel’s upcoming She-Hulk) step into the roles famously played by Schwarzenegger and Curtis.

Jensen Ackles continues in the role of Dean Winchester in this prequel to Supernatural. The untold love story of Dean’s and his brother Sam’s parents, John Winchester (Drake Roger, The In Between) and Mary Campbell (Meg Donnely, American Housewife). In this spinoff series, Dean tells the story of how his parents met and how they put everything on the line to save their love as well as the entire world. Mary, a 19-year-old demon hunter, crosses paths with John when both are searching for answers about their fathers. A local book emporium owner, Ada (Demetria McKinney, Tyler Perry’s House of Payne), helps to provide missing pieces to their puzzles. The secrets run deep for both families. John and Mary work together to uphold their families’ legacies while starting a family of their own.

Billionaire futurist Peter Swann (Brendan Fraser, The Mummy) hires top-tier security operative Vincent Corbo (Tom Welling, Smallville), after his next-gen medical data satellite explodes on launch from suspected sabotage. Corbo will go any length, legal or not, to protect the interests of his rich and famous powerful clients. A complication arises in his new gig when Corbo learns that his past girlfriend, medical visionary Dr. Grace Davila (Elena Anaya, Wonder Woman), is now Swann’s fiancée. While investigating the rocket disaster, Corbo and his team of veteran security professionals uncover a lethal conspiracy made up by Swann’s corporate rivals, corrupt government officials, and a shadowy crime syndicate all working together to destroy Swann and take control of his tech empire. Corbo also has to deal with a rogue Europol agent played by Ken Duken (Inglorious Basterds), and Swann’s spoiled daughter played by Jazzara Jaslyn (Lioness).

Walker fans will enjoy its origin story in this new series, which is set in the late 1800’s. We’ll follow Abby Walker (Katherine McNamara, Arrow) after her husband was murdered while they are on their journey west. Abby, an affluent and tough-minded Bostonian crosses paths with Calian (Justin Johnson Cortez, 911: Lone Star), a curious Apache tracker, when she arrives in the town of Independence, Texas. Here she encounters diverse and eclectic residents running from their pasts, chasing dreams, and keeping their own secrets. Matt Barr (Walker) plays Hoyt Rawlins, a thief and con artist with a heart of gold. Hoyt quickly eyes Abby as a mark until she turns the tables on him. The two find themselves working together to discover the identity of Abby’s husband’s killer and to save Independence, a frontier boomtown where nothing is what it seems.

Angel Productions Worldwide, Inc. brings us this new series where each week two celebrities train with professional magicians and compete to create a show-stopping series of magical performances. They will perform in front of a team of judges led by Criss Angel and will be scored on mastering three major categories of magic. The highest-scoring celebrities will be invited back to the finale in hopes to win the golden wand.

Jewel Statie (Firefly) stars as Abigail Bianchi, a high-powered personal injury lawyer and recovering alcoholic who is trying to put her personal and professional life back together. After showing up to court drunk, she is suspended, fined, and can only practice law again if she can find a senior lawyer willing to mentor her during her probation. Harry Svensson (Victor Garber, DC’s Legends of Tomorrow) runs the top law office in the city and is the only one willing to take on this task. And… Harry happens to be Abigail’s estranged father who left when Abby was seven. She will have to learn how to navigate working with her half siblings and father who she spent a lifetime resenting – all the while trying to get her life back on track. ​

With Batman gone, Gotham City becomes more dangerous than it’s ever been without the Dark Knight to protect it. Bruce Wayne’s adopted son Turner Hayes (Oscar Morgan, De Son Vivant) joins forces with the children of Batman’s enemies after they are framed for his murder in an attempt to clear their names. With District Attorney Harvey Dent (Misha Collens, Supernatural) hot on their trail, they must rely on their allies if they are going to prove their innocence. However, they will soon learn there is a larger, more wicked force at work within Gotham City. With the city becoming more dangerous, this team of mismatched fugitives will become the next generation of saviors, known as the Gotham Knights. ​

Under absurdly adverse conditions, three professional chefs and their cooking partners who are kitchen novices will compete to prepare the most spectacular dish. Each week the studio will transform into a bizarre new world along with themed disasters that will challenge these chefs more than they could have ever imagined. They will experience everything from prepping ramen while pulling off an art heist, to dodging aliens from Mars while creating a show-stopping souffle. The team that impresses the judges the most will be crowned Masters of Disaster!

BET is expanding its original series created by Tyler Perry with Zatima, a spin-off of Sistas on BET+. Starring Devale Ellis and Crystal Renee Hayslett, the 10-episode one-hour series will explore Zac and Fatima’s relationship further.

Digman! is a new animated comedy co-written by Andy Samberg (Brooklyn Nine-Nine) and produced by his musical group, Lonely Island airing on Comedy Central later in the year. Digman! is a series set in a world where archaeologists are cooler than rock stars. Samberg is also providing the voice for the protagonist, Rip Digman.

COMEDY CENTRAL  |  TOONING OUT THE NEWS

An upcoming spin-off of Yellowstone starring Kathryn Kelly (Coronation Street), 6666 takes place when Comanches ruled West Texas and explores the ranch’s deep-rooted history in the West. Although it was originally announced as a Paramount+ original, the show is now slated to air on Paramount Network.

Serving as the second prequel to the popular Yellowstone, the limited series will star Harrison Ford (Star Wars) and Helen Mirren (The Queen). The show serves as a follow-up to the first Yellowstone prequel, 1883, which followed a generation of the Dutton family as they moved across the country to settle in Montana. Now, 1923 focuses on the Dutton family’s next two generations as they struggle to survive historic drought, lawlessness and prohibition and an epidemic of cattle theft; all battled beneath the cloud of Montana’s great depression, which preceded the national Great Depression by almost a decade.

Tulsa King follows New York mafia capo Dwight “The General” Manfredi, played by Sylvester Stallone (Rocky) after he is released from prison after 25 years. He is unceremoniously exiled by his boss to set up shop in Tulsa, Oklahoma. Realizing that his mob family may not have his best interests at heart, Dwight slowly builds a crew from a group of unlikely characters to help him establish a new criminal empire in a place that to him might as well be another planet.

Based on the book series by Edo Van Belkom, Wolf Pack follows a teenage boy and girl whose lives are forever changed when a California wildfire awakens a terrifying supernatural creature. Wounded in the chaos of its attack, the teens are inexplicably drawn to each other and to two others who were adopted sixteen years earlier by a park ranger after another mysterious wildfire. As the full moon rises, all four teens come together to unravel the secret that connects them – the bite and blood of a werewolf. Wolf Pack stars Armani Jackson (Honor Society), Bella Shepard (The Wilds), Chloe Rose Robertson (Wildflower) and Tyler Lawrence Gray (Our Town). ​