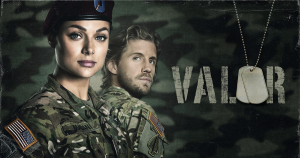 With Valor and Dynasty premiering in the fall, CW’s other two news shows, Lucy Hale’s Life Sentence and the new superhero drama Black Lightning, are being held for midseason. The 100, iZombie and The Originals will also return in 2018.

VALOR, Monday, 9-10PM, Drama  An elite unit of U.S. Army helicopter pilots are sent on a top-secret mission to Somalia. Only two members of the team return home safe; one of the nit’s first female pilots, Nora, and her commanding officer, Captain Leland Gallo. Nora and Leland withhold facts in their debriefing and believe that something larger is going on than the mission they were given. The CIA is sent in to help find those left behind, including Jimmy, a close friend of Nora’s.  Thea, the head CIA agent in charge of the investigation, has been suspicious from the start and is studying Nora very closely. Nora is sidelined from the cockpit as she recovers from a gunshot wound and deals with the guilt of not telling the full truth but being rewarded for her bravery. When it is discovered that Jimmy is still alive and held captive by terrorists, she demands to be allowed to fly. Nora and Leland now know they need to find out more and interrogate a prisoner. They discover he was a former U.S. soldier who was documented as being killed in action years ago. Together, Nora and Leland need to uncover the truth and save Jimmy. COMMENTS: Valor fits right into the common theme this season as another military show, and I believe can hold its own. The relationships of the characters plus the mystery they’re trying to uncover will keep viewers interested far beyond the  war scenes. 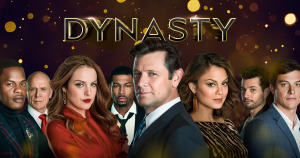 DYNASTY, Wednesday, 9-10PM Drama In this modern-day remake of the 1981 prime time soap opera about a wealthy family and its energy business, we are first introduced to Fallon Carrington, who expects to become the new COO of her father’s business. He surprises her by handing the position over to his new young fiancée, Cristal. Despite Fallon’s antics, Cristal is not scared off and marries Blake Carrington. But this new world proves to be very challenging for Cristal as she clashes with Fallon and the staff while keeping secrets of her own. Fallon uses her relationship with her father’s chauffeur to uncover one of Cristal’s secrets and reports back to Blake that Cristal had recently ended a relationship with Matthew,  a  married man who also works for Carrington Atlantic. The two were in love, but Mathew stayed with his sick wife, and Cristal went on to start a relationship with Blake. Meanwhile, Fallon finds out that her father used her brother, Steven, and her to get in with a competitive energy company that is at risk of going under. Adding to the drama, Steven has a tryst with a man they find out is Cristal’s nephew who knows many secrets about Cristal’s past.  Fallon teams up with Blake’s biggest rival, Jeff Colby, to start her own energy company. Fallon’s words to Cristal about her father and why he is so successful: “He’s a genius at making you think it’s in your best interest, when really it’s all about him.” Perhaps Cristal falls into this same trap as her wedding day is interrupted by news that Mathew has been killed in the field at work for Carrington Atlantic.  COMMENTS:  How similar is this CW pilot to the one ABC originally aired in 1981? I don’t know since the original first aired on the day before I was born, but digging around, I am finding it to be a true representation of the hit series. Intended to be a competitor to CBS’s prime time series, Dallas, ratings for the first season in 1981 were unimpressive. But a revamp in the second season that included the arrival of Joan Collins as scheming Alexis saw ratings skyrocket. The character of Alexis (Blake’s ex-wife and Fallon and Steven’s mother) was mentioned in the CW pilot. The interesting part will be to see when she is introduced and who will play her.

LIFE SENTENCE   What would you do if you found out you were no longer dying? For the last 8 years, Stella has lived as if she was dying from cancer. When she is cured, the realization of what the people who care for her have sacrificed becomes a lot to handle. They can no longer afford their home, her mother leaves her father for another woman, her sister resents not taking a scholarship to Columbia and her boyfriend can no longer remain perfect when his charade needs to be kept up longer than anticipated. Life. 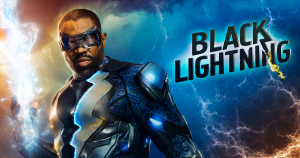 BLACK LIGHTNING  Ten years ago, Black Lightning was a hero that kept the schools and streets safe. But he was also a husband and a father. He promised his wife that he’d give it up and focus on his family. He stopped fighting crime and became a principal at the high school. But without him, the violence multiplied.  The city was ready to explode and he couldn’t keep who he was buried anymore. A super hero comes out of retirement in this action-packed drama.