Now I Know My ABC

Now I Know My ABC

ABC is a story of consistency. “This is the most stable lineup in more than a decade,” said the newest ABC Entertainment President, Karey Burke, at the network’s upfront presentation in May. Truthfully, this network has been very stable for several years. In 2014, I wrote that ABC introduced a very large number of new fall and midseason shows and that they really wanted to shake things up. Then in 2015, ABC specifically said they would be building on a solid foundation and wouldn’t make many changes. In 2016, they said the same thing. And in 2017, 2018 and again this year, ABC pointedly has said they have a good lineup and will only be making minor changes. Since 2015, ABC has announced an average of four fall premieres and four midseason programs, way down from my early days of writing about this network. It hasn’t necessarily helped them in the ratings where they are a consistent #4 and as long as they stay away from the NFL and the Olympics, they’re likely to stay in that position.

Three shows that were solidly in the lineup last fall have been cancelled – actually cancelled, not just sent to purgatory to linger. Splitting Up Together, Speechless and The Kids are Alright are done.  American Housewife wasn’t cancelled but it was moved to Friday, which means it will be cancelled next year. Okay, just kidding. Being relegated to Friday nights is not necessarily a sure sign of imminent cancellation like it used to be. And in terms of Adults 18-49 ratings, American Housewife ended the season in the middle of the pack, nowhere near the bottom.

The few moves ABC made are logical, such as inserting mixed-ish before black-ish. Even The Rookie’s move to Sunday night with the more wholesome shows like America’s Funniest Home Videos and the new show Kids Say the Darndest Things seem like common sense. While this summary reminds me of Bill and Carolyn Slowsky, the turtles who like everything slow in Comcast Cable’s Xfinity commercials, ABC is committed to their “brand of excellent storytelling.” 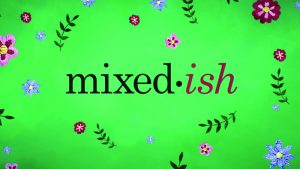 Moving can be very hard on kids: new school, new neighborhood, new friends. For Bow Johnson and her brother and sister, it’s especially hard. They had spent their lives in a commune, where they lived and worked together as one family. When the commune is broken up, Bow and her family are thrust into a situation where they can no longer be blissfully ignorant of the “real world.” COMMENTS: Set in 1985, these are the stories that shaped Dr. Rainbow Johnson, narrated by Bow herself, Tracee Ellis Ross. This funny family comedy with its deeper look into real problems, such as fitting in while retaining their identities, is the perfect fit to ABC’s Tuesday night. 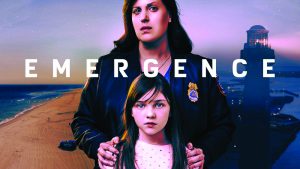 Jo Evans (Allison Tolman, FX’s Fargo) is the sheriff of Southhold, NY. After a plane crash, which is mysteriously cleaned up overnight by the NTSB, she finds a girl. It’s not clear to Jo if the girl was on the plane, but it is clear she is alone, she can’t remember anything, and someone is trying to take her. COMMENTS: This show is compelling! It’s done so well that you get lost in it. You aren’t questioning logic; you just want to see what happens next. 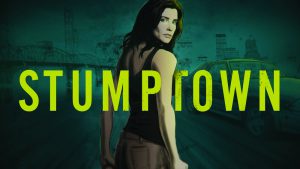 Coby Smulders (How I Met Your Mother) stars as Dex, a tough, determined and slightly off-her-rocker military intelligence veteran. Dex takes a job from the head of the Federated Tribes in Portland, partly to pay off gambling debts and partly to help find a lost teen. Regardless of the law or her own safety, she keeps following through when most would have said it was impossible. And it turns out, there are a lot more cases for which she is the perfect person for the job. COMMENTS: We have mixed reviews. I love seeing strong female characters on broadcast programs. Off broadcast, it’s more common, but physically kick-ass women on broadcast are few and far between (think Buffy, Zena and Alias – all 15-plus years ago). My fellow reviewers feel there are better shows in this genre to be found and some didn’t like the little touches of comedy. 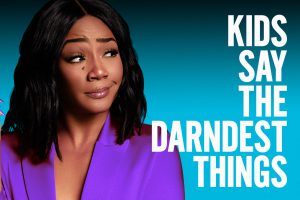 Comedian and actress Tiffany Haddish will host this revival of Art Linkletter’s hysterical feature, first done on his radio program in 1945 and then on his TV show until 1969. Bill Cosby also hosted a reboot in the late ‘90s. Reportedly, the program will have both in-studio and on-the-street interviews asking kids questions, and their answers will undoubtedly be priceless. COMMENTS: This is a good recipe for Sunday night family time, leading out of AFV (which will be going into its 30th year). And Tiffany Haddish is hot right now, recently having been in Girls Trip and The Last O.G.

THE BEAUTY AND THE BAKER 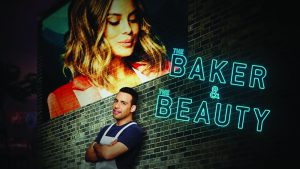 Just like a good Hallmark “Countdown to Christmas” movie, a young man who works in his family bakery meets a world-famous actress and spends an evening in her crazy world. He’s planning for his life to go back to normal, but it looks like she has other plans. This romantic comedy is based on a very popular Israeli TV show that has been on for three seasons. 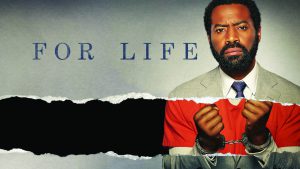 Aaron is spending life in prison for a crime he did not commit. He could have pled out and taken a shorter sentence, but he refused to go along with a corrupt legal system. Now Aaron is fighting that corrupt system from the inside. He’s used a loophole to get his legal degree and through a mutually beneficial relationship with the progressive warden, he is going to court, representing other wrongfully convicted inmates. For Life is based on the amazing true story of Isaac Wright Jr. 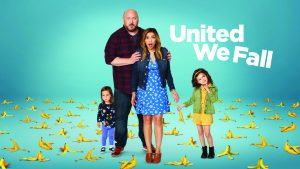 United We Fall is a very cookie cutter comedy showing young parents with real-world, imperfect lives. It has, possibly, the loudest and most ill-timed laugh track I’ve ever heard. That being said, shows like this can be successful with good writing and cast chemistry.