Greek philosopher Heraclitus once said, “change is the only constant.” This is an apt description of the TV streaming industry right now. TV networks are in the process of developing their own platforms and are planning to pull back their own legacy shows from services like Netflix & Hulu over the next few years. Consumers will ultimately decide how many streaming services will survive. In this section, we will discuss top programming on some of the key streaming services. Netflix, Amazon Prime Video and HBO are not (currently!) ad-supported, while YouTube and CBS All Access do have advertising. Quibi plans on having two options, with and without advertising.

According to Nielsen, 72% of the minutes watching Netflix is spent on non-original programming. The top two non-original shows are The Office and Friends. NBC has announced they will launch their streaming service in 2020 and plan to take back The Office in 2021, while Friends will be going to WarnerMedia’s not-yet-launched streaming service, HBO Max. Netflix is trying to increase their original programming audience by hiring ABC hit-maker Shonda Rhimes (Grey’s Anatomy, Scandal, et al.). Rhimes is set to develop eight new shows over the next few years. Later this year, Martin Scorsese brings The Irishman to Netflix; it’s a film starring Robert De Niro (The Wizard of Lies) in a postwar organized crime saga. Sounds familiar.

Amazon Prime Video has made a splash in the past few years with Tom Clancy’s Jack Ryan and The Marvelous Mrs. Maisel. Later this year Amazon will release Free Meek, a documentary about rapper Meek Mill that will look at his musical career and run-ins with the law. Orlando Bloom (The Lord of the Rings films) and Cara Delevingne (Paper Towns) will star in Carnival Row. Amazon describes the show as a “Victorian fantasy world filled with mythological immigrant creatures.”

HBO streams all their content through the HBO Go app. There are two series of note coming this year. The Righteous Gemstones is an upcoming comedy series starring Danny McBride (Eastbound & Down) and John Goodman (The Conners). McBride is also the executive producer, creator, writer and director of the series. Watchmen, which was originally released as a graphic novel, then later as a movie, is now being revamped by Damon Lindelof as an HBO series. The series will star Regina King (American Crime) and Don Johnson (Nash Bridges), along with several others.

YouTube & YouTube Premium have several offerings along with a second season of a classic remake. Cobra Kai, a Primetime Emmy nominee, is a Karate Kid reboot starring Ralph Macchio and William Zabka, who play the same characters as in the popular ‘80s movie series. Several decades after their final confrontation, Johnny Lawrence (Zabka) and Daniel LaRousso (Macchio) find themselves as rivals again when Johnny reopens the notorious Cobra Kai dojo. Daniel, who is now a car dealership owner with a wife and daughter, retaliates by starting to teach his own karate methods in honor of the late Mr. Miyagi. This YouTube Original Series has received glowing reviews and was awarded Rotten Tomatoes’ “Golden Tomato” award for the Best Drama of 2018. It is also one of the highest rated reboots of all time on their website (94% at time of review). You can now stream both seasons 1 and 2 on YouTube.

Stonewall Outloud is a documentary discussing the Stonewall riots of 1969. In this YouTube Original feature, accounts of the event are voiced by some of today’s top LGBTQ talent. A police raid at the Stonewall Inn, a gay bar in New York City, provoked a riot after patrons of the bar fought back against the discrimination. This became a pivotal moment in the LGBTQ movement. The documentary was released on June 28th, 2019, exactly 50 years after the day the riot began.

The Boy Band Con: The Lou Pearlman Story is a documentary streaming on YouTube Premium about boy band record producer Lou Pearlman. Lou was the manager of bands such as *NSYNC and The Backstreet Boys, but he was also involved with a $300 million Ponzi scheme – one of the largest in American history. He was eventually indicted for conspiracy and money laundering. The documentary includes interviews with Lance Bass, JC Chasez, and Chris Kirkpatrick (*NSYNC), AJ McLean (The Backstreet Boys), Ashley Parker Angel (O-Town), and Aaron Carter.

CBS’s streaming service CBS All Access has had success with their original show The Good Fight (follow up to The Good Wife) that first ran in 2017. Other top tier programs are The Twilight Zone and Star Trek: Discovery. They hope to have similar success with two new shows coming in the next year. Why Women Kill starring Lucy Liu (Elementary), Ginnifer Goodwin (Big Love) and Kirby Howell-Baptiste (House of Lies) tells a story of three women living in three different decades and the problems with their cheating husbands. It’s a tale of how things change and how they stay the same. CBS All Access will run Star Trek: Picard starring Sir Patrick Stewart reprising his role as Jean-Luc Picard. Stewart is best known from seven seasons on Star Trek: The Next Generation. Picard will be set 20 years after Star Trek: Nemesis (2002) with Captain Picard struggling with the death of a crew member and the destruction of the planet Romulus. Trekkies young and old will be tuning in. 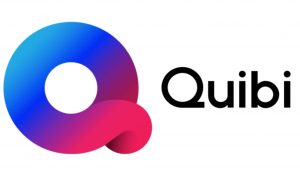 Hollywood heavyweight Jeffery Katzenberg will introduce Quibi, a new streaming service, in 2020. A-list celebrities Idris Elba, Chrissy Teigen & Stephen Spielberg will all be developing programs for the service. You will also find the return of two old school MTV favorites on Quibi: Punk’d and Singled Out.