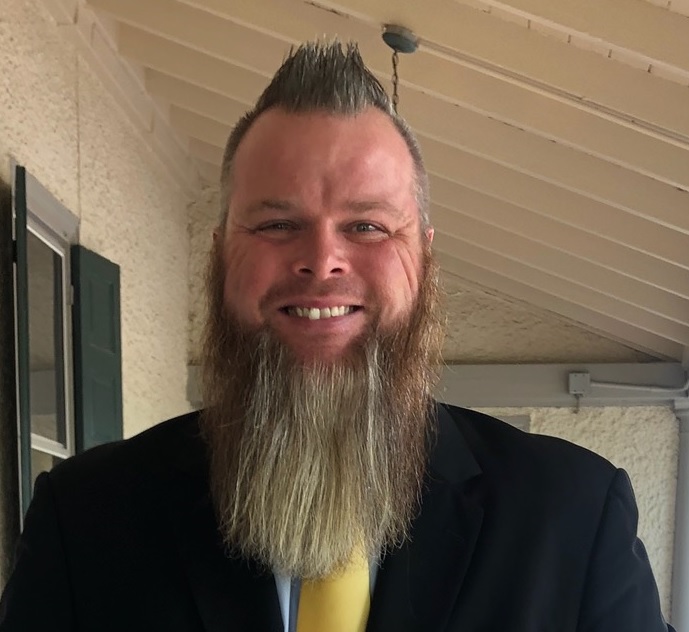 Steve Knebels, Media Director/Sports Manager, recently celebrated 20 years at Harmelin Media. Continuing our Anniversary Interview Series, we sat down with him to get his thoughts on the industry and get to know him personally.

My philosophy towards my work is similar to my philosophy in life.  A lot of people like to separate the two worlds, check each other at the door.  And that is necessary and I can do that.  Considering that we spend more time working than we do at home or having fun anymore, especially in this field, sometimes it makes sense to embrace your profession in ways one wouldn’t think of.  I’m blessed to essentially work in my hobby.  I’m a consumer.  I watch TV, I listen to the radio, I surf the web, I attend live events….so if I put as much care into my career as I do my personal life, the sky is the limit as to how successful I’ll be.  Not sure it’s always relative to other fields, but it works for me.  Plus, it’s allowed me to maintain the longest relationship I’ve ever had, outside of my family and childhood friends, lol!

The greatest success(es) I’ve had at Harmelin have been the relationships I’ve made.  Co-workers, sales reps, clients, peers, you name it!  I’d leverage the relationships I’ve made up against anyone’s in this industry.  Even prior to starting my career at Harmelin, I couldn’t help but network and be a social butterfly.  But Harmelin helped me refine that.  In business, there’s an ultimate goal in mind, and it’s always easier to achieve that when building that camaraderie, bond and trust with people.

I’ve been at Harmelin 20 years and have seen many changes.  I’m still a baby to a lot of my peers and co-workers, so I haven’t experienced as much as they have, but I feel that I can still offer some sage advice and share some moments that show my age.  I still call people, I still spin CD’s.  I didn’t cut the cord and I actually write letters!  But I still have my finger on the pulse of what’s hip and what’s happening and whether I partake in it or not, I respect the hell out of it.  We have to, because our clients depend on it!  But I’m happy to say that I can still hang hard with the young cats, while still trade war stories with the vets, so bring on more change!

What is the most unique trip you have ever taken?

The best trip I ever took was a vacation to Seattle back in 2003.  While I went out for WrestleMania and a Mariners game, it was the buzz of the city that left the best impression on me.  I am a Philly homer through and through, but if I ever left, I’d head to the great Northwest.  The vibe, the people, the nostalgia, the scene….it was one of the cooler things I’ve ever experienced.  There were gig flyers of Cobain and Hendrix still preserved in some spots!  When I came home, I immediately requested to buy the market!

It’s no secret that I’m a pretty gigantic Metallica fanatic.  I was almost 9 years old in the spring of 1986, and I saw Metallica open for Ozzy Osbourne at the Spectrum.  That started my love affair with the band.  Three countries, countless cities and several meet & greets later, I’m just as eager to see and listen to them as I’ve ever been!

If you were stranded on a deserted island, what three things would you have and why?

Before I got hired at Harmelin, I actually sent in a video cassette audition to Survivor.  I thought I’d make a good candidate because I hate nature and all of the elements.  However, if I could bring 3 things while stranded on a deserted island to make myself more at home it’d be (assuming power wasn’t an issue):

Vice President Mark Hogan has only great things to say about working with Steve. “For over 15 years Steve has been part of our sports marketing team, helping to build, evaluate, negotiate, and activate sponsorships with local sports teams and networks including arena naming rights, NBA jersey patches, concession rights, Team USA partnerships, and multi-year exclusivities.  Steve’s personal affinity for and relationships with local sports teams have helped him to manage many high-profile accounts over the years, and we appreciate what he brings to the group.”

Chris Bruno, Media Director/Sports Marketing Director, has enjoyed working with Steve and says, “Congratulations to Steve on 20 years at Harmelin Media. Whether it was sports marketing, the Pittsburgh radio market, advice on how to bring in a TV buy, or softball, Steve has always been there to lend a hand or simply take charge. He tackles each day with unmatched enthusiasm for all things Harmelin.”

Thank you, Steve, for 20 years of dedicated service to Harmelin and our clients.  Congratulations on this milestone!