Hulu is officially a Mouseketeer. This spring it was announced that Disney had taken control of the subscription-based streaming service. After Disney’s acquisition of 21st Century Fox, the purchase of AT&T’s shares and a 5-year deal to buy out Comcast’s portion, Hulu became an official Disney product.

Hulu started in 2007 as a joint venture for multiple media corporations to start streaming their content to subscribers. However, Hulu has become so much more than just a way to view traditional broadcast programming. Hulu is home to the Emmy-winning drama The Handmaid’s Tale, the reprised cult favorites Veronica Mars and The Mindy Project, and they have an extensive list of top tier actors. Disney’s CEO Bob Iger said in a statement, “Hulu represents the best of television.”  (sorry, sister network ABC!)

As their number of subscribers grows, so does their star power. Hulu now has 28 million U.S. subscribers and has secured Nicole Kidman, Reese Witherspoon and Chrissy Teigen (Lip Sync Battle), all of whom have projects to be released in the coming months. Hulu is a streaming platform which delivers spectacular original content and a library filled with beloved sitcoms, both past and present.

As Disney takes control, programming changes are expected, but nothing seems to be shifting on Hulu in the immediate future. Even if some of your favorite sitcoms move to other platforms, Disney certainly has the finances to invest in new content to keep Hulu in the forefront amidst all the new competition. 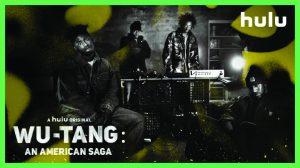 Set in the ‘90s, this 10-episode series will explore the formation and growth of Wu-Tang Clan. The NYC-based rap group broke on the scene and transformed music and culture forever. As musical biopics see success at the box-office, Hulu is hoping executive producers RZA and Method Man can convey their story for their subscribers to experience. 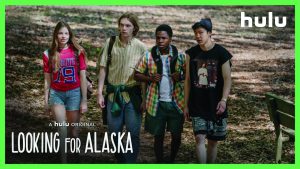 Based on John Green’s 2005 New York Times bestselling novel, this limited series centers around Miller ‘Pudge’ Halter. Recently enrolled in boarding school, Pudge is forced to make a new group of friends while adapting to life away from home. The year is full of challenges but falling in love with Alaska Young brings hope to his world. When the teens are rocked with a tragic event, they will have to stick together to make sense of what’s taken place. 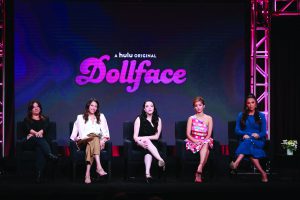 Kat Dennings (Two Broke Girls), Brenda Song (The Suite Life on Deck) and Shay Mitchell (You) will star in this comedy about female friendship. Dennings will play Jules, who recently broke up with a long-term boyfriend. Jules had spent the last few years falling in love, but when the relationship ends, she must work to reconnect with the friends she lost along the way. 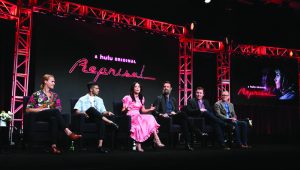 Abigail Spencer (Timeless) will play the ultimate femme fatale looking for revenge in Reprisal. This thrilling tale will follow Spencer’s character as she looks to repay those who left her for dead. Girl power is in high gear as Spencer stops at nothing to show the world you can’t mess with her.

Zoë Kravitz (Big Little Lies) will star in and executive-produce the 10-episode dramedy. High Fidelity was originally a 1995 novel turned movie in 2000 (that cast included Lisa Bonet, Kravitz’s mother). The Hulu adaptation will be from a woman’s point of view as Kravitz takes on the leading role. The music-centric series will follow Kravitz, a record store owner obsessed with pop culture, as she navigates life in the city. 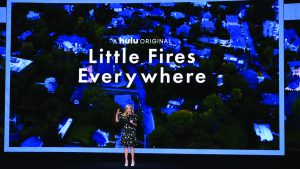 From the novel of the same name by Celeste Ng, this eight-part drama will star Reese Witherspoon (Big Little Lies) and Kerry Washington (Scandal). Secrets are revealed, prejudices are exposed, and a house fire leaves a quiet town questioning everything.

Elle Fanning (Super 8) and Nicholas Hoult (Mad Max: Fury Road) will star in this slightly altered period piece that is both historical and comedic. Based in 18th century Russia, Fanning will play Catherine the Great while Hoult will play her husband Peter, the Emperor of Russia. Tony McNamara has created, written and will serve as executive producer of this project. McNamara was Oscar-nominated for Best Screenplay for The Favourite, a black comedy period piece about England’s Queen Anne that ran in theaters last year.

THE DROPOUT will star Kate McKinnon (Saturday Night Live) as Theranos founder Elizabeth Holmes. Theranos and Holmes have been the subjects of an HBO documentary, 20/20 specials and an ABC News podcast. However, having comically talented McKinnon take on the role seems like it might provide a new view into the Silicon Valley startup that captured the medical world by storm, only to spectacularly implode.

NINE PERFECT STRANGERS is based on the newest novel from author Liane Moriarty of Big Little Lies. Nicole Kidman (Big Little Lies) will play Masha, the owner of a luxury health resort that promises healing and personal transformation. There are nine stressed people who come to improve their lives during a 10-day program. However, these nine “perfect” strangers have no idea what is about to hit them.

Hulu dates are tentative and subject to change.