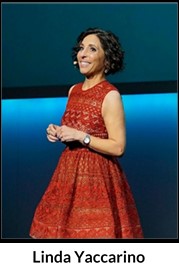 Science. Data. Innovation. These are buzz words we’re all used to hearing that capture the current state of the media industry.  These topics were also at the forefront of the 2017-18 television upfront presentations this past May in New York City. But another hot buzz word was CONTENT — the basic premise that TV commercial content needs to be seen by humans to be impactful.  Sounds silly to even bring up, right?

Network execs were eager to showcase how now, more than ever, they are using scientific pillars to quantify the power of television, making the results more tangible for advertisers and offering greater impact on businesses’ KPIs.

Linda Yaccarino, Chairman of Advertising Sales & Client Partnerships at NBCUniversal, acknowledged that age and gender demo segments are too broad, insisting instead that NBC is making an effort to guarantee deals based on actual business goals.

In addition to showcasing new ways that networks are capturing the results and successes of television advertising, there were two other distinct commonalities weaving their way through each of the week’s presentations: brand safety and digital fraud. This is where humans come in.

“We reach humans [and] if you want to reach real humans, you need a human touch,” said Yaccarino, making the point that algorithms can’t identify good content. The NBC exec stated, “An algorithm would not have taken a chance on This Is Us,” which has become a smash hit for the network, with the finale drawing NBC’s first No.1 spot in total viewers since May 2004 when the Frasier series finale aired.

Fox Network President of Advanced Ads, Joe Marchese, took the conversation further, emphasizing that an advertiser’s most valuable resource is “attention,” not impressions.

Further distinguishing the difference between linear and digital environments, Marchese made the point that TV does not play in the space of sub-prime inventory, where viewability, fraud and content quality are areas of concern. Instead, TV is focused on storytelling and helping advertisers make an impression, instead of trading them.

This focus on enhancing viewer experience and receptivity to advertisements comes down to content and environment. The desire to distinguish the premium, safe content TV offers has resulted in cross-network partnerships that will continue to shape the industry. NBC and Fox, for example, have recently announced a joint partnership with Moat, a company at the forefront of developing technologies and products for brand advertisers and premium publishers, incorporating Moat’s video quality score across linear and digital platforms. Ultimately, the networks are offering to guarantee deals against this score, to capitalize on the scale of broadcast and the reporting tools available for digital. 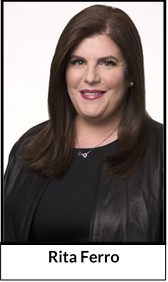 Exemplifying the power of Disney’s connections specifically, Ferro stated, “$1 spend on ABC results in 22% higher ROI than [our] closest competitors.” ABC’s presentation lacked the digital bashing seen at some of the other events, but the emphasis on emotional connections certainly is a nod towards… well, humans.

Les Moonves, Chairman and CEO at CBS Corporation, acknowledged that the industry is changing at a “pace of change unlike any other year.” To protect their content, CBS remains the only entity selling their programming digitally.  Moonves was also quick to tout that CBS’ total audience is greater in 2017 than in 2000 (total viewers, cross-platform), sharing the sentiment of the other broadcasters that “content is king.”

As the broadcast partners unite behind content and environment, it’s important that the industry continue to also push the “science” and accountability of advertising. Keeping the focus on how television audiences drive advertisers’ business goals, while maintaining the high-quality, sight and sound medium that truly captivates viewers, is an assured way to drive successful partnerships between advertisers and the networks.