Despite not having the Super Bowl, Winter Olympics coverage and a share of Thursday Night Football in the fall, NBC came out on top in 2018-19 for the fifth time in six years, averaging a 1.6 rating in the desirable 18-49 demo. “We came into this season from the vantage point of extreme stability, but without any complacency,” said George Cheeks and Paul Telegdy, co-chairmen, NBC Entertainment.

Similar to their 2018-19 strategy – why mess with success – the network is keeping it simple (like Michael Scott says) by launching only a few new series in the fall. The drama Bluff City Law will air on Mondays and comedies Perfect Harmony and Sunnyside will be on Thursdays. The other nights remain intact from last year. 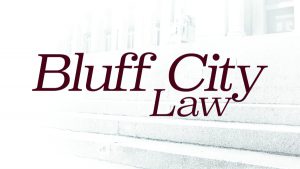 Coming from a famous Memphis family known for taking on injustice, lawyer Sydney Strait (Caitlin McGee) used to work at her father Elijah’s (Jimmy Smits, How to Get Away with Murder) law firm until their tumultuous relationship got in the way. After barely speaking to him for years, Sydney is thrust back into the family fold when her mother passes away unexpectedly. Hoping to reconnect with the daughter he loves, Elijah asks Sydney to rejoin his firm. She agrees because despite her lingering resentment and distrust, she knows that working alongside her father is her best hope at changing the world… if they can get along. COMMENTS: The network has high hopes for this show, giving it the coveted spot time after The Voice on Monday nights. 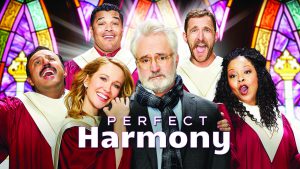 When former Princeton music professor Arthur Cochran (Bradley Whitford, The West Wing) unexpectedly stumbles into choir practice at a small-town church, he finds a group of singers who are out of tune in more ways than one. Despite the ultimate clash of sensibilities, Arthur and his newfound cohorts may just be the perfect mix of individuals to help each other reinvent and rediscover a little happiness, just when they all need it the most. COMMENTS: Whitford is very charismatic and the show fits nicely between Superstore and The Good Place, but the review team’s consensus was that it was not the funniest show of the season.

As the youngest New York City Councilman ever, Garrett Modi (Kal Penn, Designated Survivor) was rubbing elbows with the political elite, attending star-studded parties and was the pride of Queens. But, instead of spending his time in-office helping the people who elected him, he lost his way amidst the power and glamour of politics. When his downward spiral got him busted for public intoxication, it was caught on tape and ended his career. Now, Garrett’s crashing with his sister and wondering where it all went wrong. That is, until he’s hired by a diverse group of idealists who dream of becoming American citizens and believe he can help – giving him a new sense of purpose and a chance for redemption. COMMENTS: Sunnyside also pairs well with Superstore and The Good Place and deftly mixes potentially heavy topics of politics and immigration with humor. 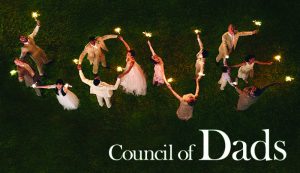 When Scott, a loving father of four, has his entire life’s plan thrown into upheaval by an unexpected health scare, he calls on a few of his closest allies to step in as back-up dads for every stage of his growing family’s life. 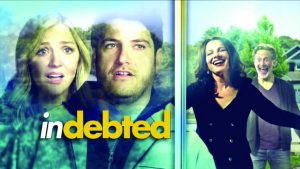 Young parents Dave and Rebecca are ready to reclaim their life after years of diapers and sleepless nights. However, things take an unexpected turn when Dave’s parents show up unannounced and broke.

Kenan Thompson strives to be a super dad to his kids while balancing his job and a persistent father-in-law. 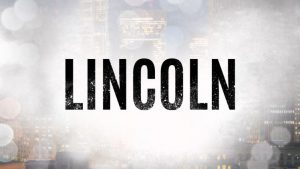 Inspired by the best-selling book The Bone Collector, former NYPD detective and forensic genius Lincoln Rhyme was at the top of his game until a serious accident at the hands of a notorious serial killer forced him out of the field. When a young officer finds herself hot on the killer’s trail, Rhyme in turn finds a partner for this new game of cat and mouse. 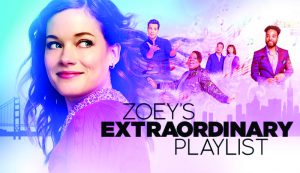 Zoey is a whip-smart computer coder forging her way in San Francisco. After an unusual event, she starts to hear the innermost wants and desires of the people around her through songs. At ﬁrst, she questions her own sanity, but soon realizes this unwanted curse may just be an incredibly wonderful gift.